Before season 3 premieres tomorrow here’s our review of the first two seasons of Ozark.

Last year Netflix debuted the dark drama Ozark to little fanfare. The series stars Jason Bateman as Marty Byrde, a Chicago financial advisor who has secretly been laundering money for a Mexican drug cartel. When their deal goes south, he proposes a new venture to save the lives of him and his family: laundering $500 million in 5 years through small businesses in the Ozarks. The cartel gives him three months to come up with the $8 million his partner stole as a test. If he succeeds, they move forward with the five year plan; if he fails, they kill him and his family.

Over the course of two seasons, Netflix, Bateman, and the rest of the cast and crew behind the show have delivered a dark, enthralling, intense drama that is one of the best shows currently “on tv.” Bateman gives one of the best performances of his career. Laura Linney, who plays his wife Wendy, plays the role as if her life depended on it. There isn’t a single scene where she doesn’t shine, and her role in the show is something that truly elevates the entire thing. Wendy isn’t just a wife who is dragged along and complies. She is just as much a part of the business as Marty is, and as time goes on and her role expands, Linney knocks it out of the park in every single scene.

There’s been a lot of comparison between Ozark and Breaking Bad, and I could not agree more. There’s so much of Ozark that feels like Breaking Bad: the regular family forced to take part in this horrible criminal activity because of the acts of the father. Where Ozark truly shines is in the fact that it’s almost an antithesis to Breaking Bad. Walter White was a good man who was doing a bad thing to help his family and fell in love with it. Marty Byrde has been doing a bad thing and is becoming a better man as he works to get him and his family out of it. But just as Walter White would get pulled into it more and more as time goes on, Marty Byrde continuously expands things to the point where it becomes harder to get away.

In expanding his laundering enterprises, the story also opens up to bigger threats and a larger ensemble. Each additional character and cast member brings something new and excellent to the series. From Julia Garner’s Ruth Langmore, a 19-year-old who has grown up in a family of criminal, to Peter Mullan and Lisa Emery’s Jacob and Darlene Snell, who use their farm as a front for a drug empire in the Ozarks, the show is filled with interesting and unique characters and award worthy performances. Garner, alone, is worth watching the show. Her performance as Ruth and the arch that character goes through throughout the two season thus far is phenomenal. She’s the type of person that you know is going to be a big star within the next 5 to 10 years.

If you haven’t started Ozark yet, I cannot recommend it enough. It is an amazing show with some of the best acting and writing out there right now. With only 20 episodes between the first two seasons, it’s a slightly quicker watch than some other shows on Netflix or the other various streaming sites. And every moment of the 20 episodes is worthy of your time.

The first two seasons of Ozark are currently available to stream on Netflix. The third season drops tomorrow 3/27. 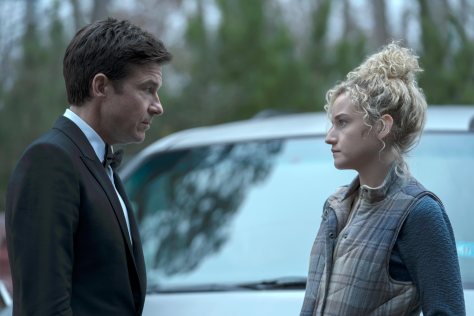