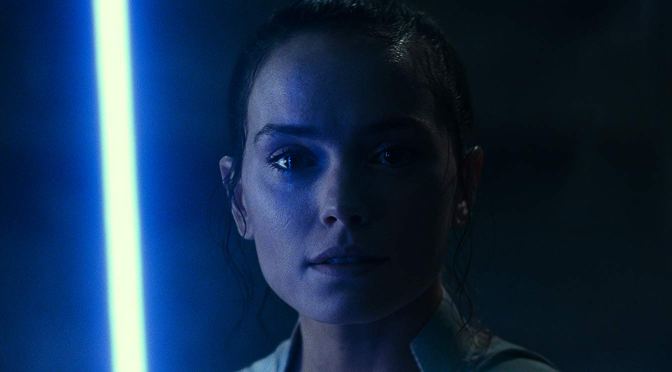 The Skywalker Saga has come to a close, and we’re not exactly thrilled…

With the release of Star Wars: The Rise of Skywalker, the Skywalker Saga has officially ended, and the story we’ve followed through the films and ancillary materials for the franchise is complete. Ever since 2015’s The Force Awakens, it’s been known that Disney and Lucasfilm were planning to finish The Saga with three final Episodes, and the reactions have been mixed. Many loved Episode 7 (The Force Awakens), Episode 8 (The Last Jedi) seemed to divide the fandom, and now Episode 9 seems as though it may continue to divide the fandom or lean towards the dark side. The film gives a definitive ending to the series, but the path to arrive at that ending is muddled, and at times feels incredibly cheap. Be warned as we’re going to dive into some major spoilers moving forward.

The Last Jedi took a lot of risks that could have changed the franchise astronomically depending on where things went with Rise of Skywalker. Previously the series has always been a sort of circular tale, one where we see the same similar beats play out through different generations. Force Awakens hit on many of the same beats we saw with The Phantom Menace and A New Hope. We received a new set of heroes in Rey (Daisy Ridley), Finn (John Boyega), and Poe (Oscar Isaacs); a new masked villain in Kylo Ren (Adam Driver), and an evil Sith master in Supreme Leader Snoke (Andy Serkis). The expectation out of Episode 7 was that by the time we got to 9, we’d see these characters grow and the characters come to take down Snoke and Kylo by the final chapter. When Rise of Skywalker saw many of the expected beats for 9 play out in 8, it meant that the final chapter of this 40 plus year saga could take some liberties and change the formula in a way that gave it an interesting, unexpected and compelling end.

The ending we received with Rise of Skywalker was somewhat unexpected at times, and had a few interesting moments, but was far from compelling. It is constantly trying to satisfy fans with what they may have been upset about if the previous installments. One of the worst examples of this is the revelation of Rey’s parentage. While Kylo Ren told Rey that her parents were poor scavengers who sold her off for drinking money, it’s revealed that she is actually the granddaughter of Emperor Palpatine, who is somehow still alive. It’s interesting because it plays into the idea that good can come from someone with a family history of horrible deeds. We generally don’t expect the savior of the universe to be someone related to the person who caused the turmoil in the first place. It is slightly expected with this franchise, but it was a stronger message of hope if Rey wasn’t related to anyone from the past. Tying her to Palpatine was completely unnecessary and felt like the easiest way to attempt to connect the new trilogy to the previous ones one more time.

Another major issue the film has is its relationship with death. The film begins with the revelation that Palpatine is still alive, for no reason other than he just is, and has been controlling the First Order from the shadows. In doing this it essentially says that death does not matter in this franchise, because the biggest and most important death we’ve ever seen is now undone. If Palpatine can be destroyed once and come back, then death doesn’t mean anything. The film then drives this home by making us think that half the cast dies before bringing each person back to life a scene or two later. In doing so it cheapens and weakens every single moment throughout the entirety of the film. Chewbacca “dies” and the heroes push forward in his honor, then three scenes later we see he’s still alive. C-3PO “dies” by having his memory wiped to accomplish the heroes’ mission, only for it to be returned when he reunites with R2-D2. Kylo Ren is stabbed by Rey and then she heals his mortal wound in the same damn scene. Later Kylo Ren is sent down a large hole, and possibly killed, only to crawl out of said hole. Rey dies after defeating Palpatine, only to be brought back to life by Kylo Ren.

All of these deaths could be overlooked. They could be scoffed at and brushed aside as just minor frustrations. But the film also features the death of Princess Leia (Carrie Fisher), the last surviving member of the original human team of heroes from the original trilogy. It’s a death that should mean something. It’s a death that should carry an immense amount of weight. But it doesn’t. The film plays so fast and loose with life and death, that what should be one of the most significant point in the movie, something to honor this character and the amazing woman who portrayed her, is nearly laughable. The film cheapens any emotion you could have with her death and in doing so destroys any good it may have had left.

You’re allowed to make mistakes in films, and a film can still be enjoyable even if it’s a mess. I tend to find enjoyment out of most films, and while I did enjoy many aspects of this film, it constantly upset me. It gives us no reason to care about anything that is done because it is constantly telling us that everything can be completely rewritten. Palpatine and the Sith can rise again, everyone who is dead doesn’t have to be dead, the revelations we were given about people’s backstories can be changed with the next film. Nothing is sacred, nothing is permanent, and so nothing matters at all.

This franchise has seen its ups and down, and it has survived and thrived through all of them. It has given us some of the most beloved characters in all of film history. It has helped advance technology and what can be done on screen. The Star Wars films, and the Skywalker Saga mean a lot of things to a lot of people. But when you end the series on a note that says, everything can be undone and nothing matters, it destroys every single good thing the franchise has stood for. This is a fairy tale about hope, and the ability for one person to change the balance of the universe. But instead it became a story of how nothing we do matters, and everything can always go to shit. Maybe if we’re lucky we’ll get another Saga that will bring back the hope Star Wars once brought, but for now, this is a darker ending than Empire Strikes Back.

3 thoughts on “Star Wars: The Rise Of Skywalker – Spoiler Review”