The X-Men franchise set a standard for superhero films which still stands nearly 20 years later, and that franchise has officially come to a close.

With the release of Dark Phoenix this weekend and the sale of 20th Century Fox to Disney, the X-Men franchise which is over. The X-Men will eventually be introduced into Marvel Studios’ Marvel Cinematic Universe, and with that introduction will bring a reboot to the world of mutants. With the series coming to an end–thanks to the changes of ownership–, we’re taking a look at the legacy of the franchise: what it established, what it created, and what it leaves behind.

The story behind the creation of the first X-Men film is ironically enough a story of rejection. In 1985, comic book writers Gerry Conway and Roy Thomas wrote the first X-Men script. It was to  be produced by Orion Pictures who held the right to the X-Men films at the time. The film fell apart when Orion faced financial troubles, and for the next ten years, the project would bounce from studio to studio until producer Lauren Shuler Donner purchased the rights for 20th Century Fox in 1994. Fox had been impressed with the success of the animated series, which was airing on Fox Kids, and decided that there was potential for a feature length live-action film.

When Fox purchased the rights to the X-Men, they hired Andrew Kevin Walker (Seven) to write the first draft. That version of the script featured the X-Men fighting the Sentinel robots which were a staple of the 90’s animated series. After multiple new drafts from different writers including Joss Whedon (The Avengers), genre-fiction writer Michael Chabon came to Fox in 1996 with his own pitch for the film.

By the end of 1996, Bryan Singer (Bohemian Rhapsody) took over directing duties, and despite Ed Solomon (Men In Black) being hired to write the script in 1997, Singer and producer Tom DeSanto would end up writing the first draft of the script the studio decided to move forward with. That initial script for the film still underwent rewrites by Christopher McQuarrie (The Usual Suspects) with a final draft being written by David Hayter (Watchmen).

In terms of casting, the roles for the X-Men were offered to numerous actors and actresses, most of whom rejected the roles at the time—sometimes due to scheduling conflicts and sometimes due to what seems to have been disinterest in the film. At a time when the last major superhero film was Batman and Robin, a critical and commercial failure which damaged the careers of almost everyone involved, hesitation was no surprise.

In terms of Wolverine, Russell Crowe was Singer’s first choice for the part, but he rejected the part and suggested his friend Hugh Jackman take the role. Jackman was an unknown at the time, and the studio wanted someone who could bring in audiences with some star power. Actor Dougray Scott was cast in the role but was forced to leave the part when his schedule for Mission Impossible 2 and an accident on that film meant he couldn’t take part in filming. After a successful audition, Jackman would be cast as Wolverine three weeks into filming with the film being released on July 14th, 2000.

“Well, what would you prefer, yellow spandex?”

The film would become a rousing success making almost $300 million worldwide—a major feat at the time. It would also help push studios to have more faith in adapting comic books to the big screen. From Spider-Man to Batman Begins, studios realized that audiences were willing to head to theaters to see their favorite costumed crime fighters on the big screen. Fox also changed the game by showing that these characters could live in our world while facing the biggest challenges and threats possible. The X-Men didn’t need to wear colorful outfits, and they could face threats from the government as well as threats from powerful super villains.

The ideas of setting things in the real world came at the perfect time with X-Men, as the September 11th 2001 terrorists attacks would change the way the world looked at everything. By already having created a franchise that said there is evil in the real world and our heroes have to face it on every level, it was able to thrive in a post 9/11 world. That ability to thrive would help grow the franchise and the superhero genre as a whole. Films could make every aspect of these characters, including the depth of their humanity, real.

The X-Men franchise also set a standard for being willing to take cues from the comics, even if it meant something seemed ridiculous when brought into the real world. They didn’t try to find some loophole to explain how these characters worked, they just played it out as if it was real and this is how things worked. They then took the storylines beloved by fans and incorporated them into the films in the best ways possible. This dedication to the source material would eventually help grow beyond the X-Men and into other superhero films, with many films finding success the more they played into their comic books roots.

“Does it ever wake you in the middle of the night? The feeling that one day they will pass that foolish law or one just like it, and come for you? And your children?”

With the X-Men poised to end their time at Fox and move to the MCU, it’s almost certain that Marvel will reboot the franchise to give the characters a proper fresh start. With that in mind, we have to wonder what will the franchise truly be remembered for. Aside from the beginnings of the superhero boom, the obvious answer is the actors and their portrayals of these characters.

Above all else, Ian McKellan, Patrick Stewart, and Hugh Jackman’s portrayals as Magneto, Professor X, and Wolverine are the gold standard for performances in superhero films. These three men embodied these characters on every level, and much of the success of the entire franchise and all 12 films involved rests on their shoulders.

It’s going to be hard for Marvel to recast these characters and for any actor to take on these roles in a way where they can step out of the shadow of these men. But that doesn’t mean it isn’t doable. The hardest will undoubtedly be Wolverine, given that Jackman has played him consistently throughout the franchise. But at least the prequel films helped establish that the roles of all the X-Men can be recast and portrayed in a way that is just as excellent as the original actors.

The other major element that will live on long past these films is their ability to incorporate a bigger story than just superheroes fighting villains. The most successful X-Men films have been the ones where the films ask a question of its characters or challenge them to come face to face with something more meaningful. The films have tackled the idea of standing up against those who say you mean nothing because you are different, they have asked how do we fight for justice in a world that constantly works against us.

Most superhero films talk about the world and people as if they always inherently good no matter what. But the X-Men films have never shied away from the idea that there are people who are truly evil, and there are evils in this world that we can’t directly overcome. There are people who will hate you no matter what good you do because you are different. Even if you save the President of the United States, you can still be shunned and looked at as a freak because your skin “doesn’t look the right way. These stories are just as important now as they were when the X-Men were created in 1963.

The X-Men franchise that began with 2000’s X-Men will live on and always be here to share with future generations as a story about fighting against prejudice. Just as we still read the original comics and commend them for their commentary on the fights for civil rights. We will continue to watch these movies and find new ways in which these stories apply to our world today.

Hopefully Marvel remembers the importance of this element of the X-Men and will make those films more than just superhero films featuring mutants and a team led by Charles Xavier. But even if they don’t, we can always come back to these original films. We can laugh, we can cry, we can sit on the edge of our seats, and we can share them with those we love, no matter what that person may look like on the inside or out. 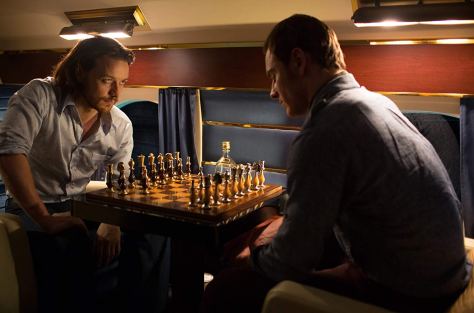