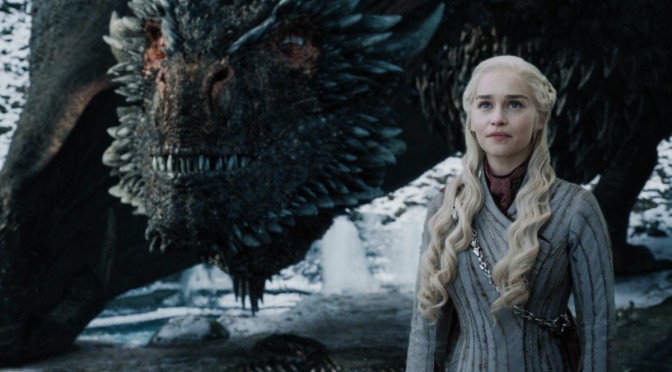 After the “Battle of Winterfell” the final war for the Iron Throne begins. But the blood spilled is disheartening. (SPOILERS AHEAD)

This fourth episode of Game of Thrones final season was quite possibly the best of the season, and one of the best episodes of the series as a whole. What starts off as an episode that seems to be an epilogue to the battle against the dead, quickly dives back into the battle for the throne, and the actual “game of thrones.” There are major shifts for every single character by the end of the episode, and those changes are nothing to scoff at. The episode also gives us some fantastic character moments, while still moving the plot along significantly. There are times where Game of Thrones can be a bit weaker, and there’s times where it truly is the best show on television. In a way all of that was there tonight.

In terms of the overall story, “The Last of the Starks” was a reminder of why Game of Thrones is one of the best shows on television. Every single character ends the episode at a different point than they begin. It starts with a funeral for those that died in the battle against the white walkers, and quickly moves into a celebratory feast after Daenerys names Gendry Baratheon and Lord of Storm’s End. The celebrations continue with the Wildlings calling Jon a King, Sansa having a reunion with the Hound, and Brienne, Jaime, Podrick & Tyrion playing a drinking game. The story quickly changes from here as we see Daenerys become unsettled by Jon being called a king, Arya decline Gendry’s proposal to marry him, and Brienne and Jaime sleep together. The night is capped off with Daenerys begging Jon not to tell Arya and Sansa the truth of his parentage, and Bron coming to tell the Lannister brothers that he’s likely going to kill them for Cersei.

Things don’t get much better for everyone the next day as they prepare to battle Cersei, and Sansa continues to butt heads with Daenerys. Jon decides to tell Sansa and Arya the truth of his parentage, and then Sansa tells Tyrion and he tells Varys. This leads to Varys questioning if they should be leading Jon to the throne instead of Daenerys, at which point Tyrion stands for Daenerys. As Daenerys and her ships head to Dragonstone, Euron intercepts them and uses a scorpion (giant crossbow) to kill Rhaegal, and destroy most of Daenerys’ ships. In the attack Euron takes Missandei captive, and brings her to Cersei where he learns Cersei is pregnant with what he believes to be his child. Daenerys decides to try for peace with Cersei, but Cersei rejects the offer by beheading Missandei. An act that enrages Grey Worm and Daenerys, and clearly leaves them both with a desire for vengeance. 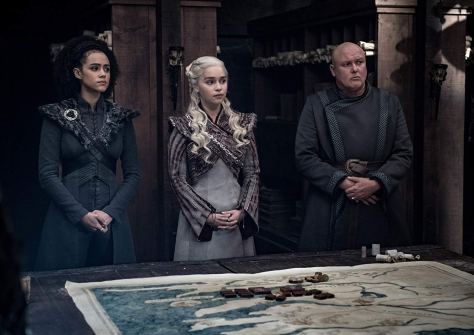 Again, things change drastically in this episode. And for that reason, this is a great episode, and maybe one of the best of the series. But. There’s an element of Game of Thrones that we’ve never really touched on before, and while watching the episode it began to eat at me. Watching it two more times I began to have further issues. All of which stem from the show being insanely dominated, both on screen and behind the scenes, by white men.

Game of Thrones has lived by the idea that anyone could die at any moment, these characters are going to go through hell, and nothing is certain. I get that, and it’s something that I love about the show. BUT. This show has a horrible habit of truly glorifying horrific acts towards women, and being completely unapologetic about it. We can see them mutilated, raped and murdered, yet most of the situations with men are treated with more ease and calm. Every horrible act done to a man is almost always done poetically, a softly. But women are treated brutally, for no reason.

The show is also terrible about taking anyone who isn’t white and almost undoubtedly killing them off quickly. The two exceptions had been Grey Worm and Missandei, the ONLY TWO BLACK PEOPLE ON THE SHOW. But then the show not only kills off Missandei, but they present it in a way that will undoubtedly be played off as “fridging” for the sake of Grey Worm’s storyline in the final two episodes. Yes, Daenerys will be affected as well, but it’s still not a good play. There’s a million ways they could have taken that story. There’s plenty of characters they could have used to give similar emotional resonance to Cersei deciding to “choose violence.” But instead they use Missandei. And not only do they kill her, but they put her back in chains beforehand, and have Cersei make a quip about Daenerys being the “breaker of chains.” All of which left a bad taste in my mouth.

Don’t get me wrong. I get that almost everyone is going to die on this show. But this felt like such a cheap way to play this off, and I don’t know that it can be redeemed in the final two episodes. The show has often faced these criticisms before. And after ten years you would think they could have learned their lesson. But unless something drastic comes about in the next two episodes, I don’t see how that’s possible or likely. Especially given that the previous episode featured the deaths of a LOT of poc’s via the Dothraki and Unsullied armies…

Check back with us later when we take a look at the penultimate episode of Game of Thrones, and be sure to catch the series finale tonight at 9pm ET on HBO. 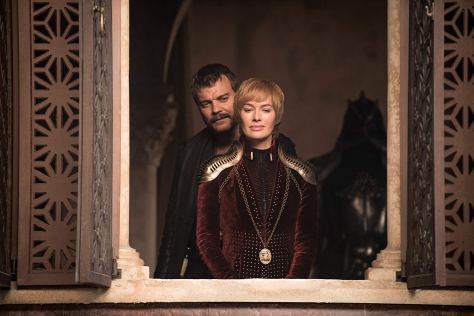 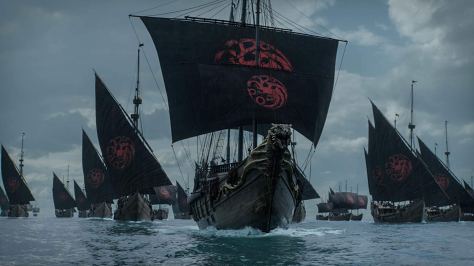