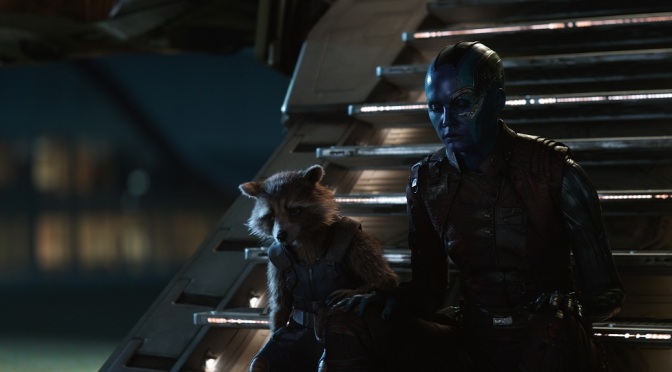 Avengers: Endgame ends many arcs within the MCU, but it’s not just the big six Avengers that get a fitting story.

Avengers: Endgame is a rather heavy film, with complete storylines for nearly every character involved. Part of those stories are conclusions to full character arcs that have lasted multiple films. Some of the story lines end one arc and help begin a new chapter. Endgame helps inform more on Nebula’s (Karen Gillan) past, and sets her up for an intriguing future in the MCU. Be warned we’re going to get into MAJOR SPOILERS for Endgame. (For a spoiler free look at the film you can check out our review here)

Nebula is one of the first characters we see in Endgame, travelling back home from Titan with Tony Stark. At this point they’re doomed to die in space on board the Benatar, but are luckily saved by Captain Marvel. From there Nebula works with the Avengers to try to undo Thanos’ decimation of half the living beings in the universe. During this we get to see glimpses of her time as Thanos’ devoted daughter, and what she can accomplish as a hero.

When Nebula and Rhodey are on Morag attempting to retrieve the Power Stone, the computer system within Nebula’s body becomes connected to the one in her 2014 body and tips of Thanos to the Avengers’ plan. We then see Thanos work to stop the Avengers, with Nebula constantly bowing before Thanos and doing everything for his approval. Before this we had heard dialogue about this side of Nebula, and some slight indications that this was who she truly was. But this is our first real glimpse at her life then.

The film gives us the chance to see Nebula as the “daughter” who yearns for her father’s approval. Even though her father is a sadistic, murderous, abuser, who deserves no love. He had brainwashed Nebula into becoming this subservient pawn for him to use and mutilate whenever he saw fit, and even in this film he still continues to do that to her. He doesn’t send her on the mission to help him travel to 2018 because he cares about or trusts her. He does it because she’s his only option.

Getting to see this side of her life full on is an intriguing addition to the story we’ve gotten so far. It’s easy to assume the lengths to which Nebula may have gone to receive Thanos’ favor, but to see it play out in real time is heartbreaking. We see Thanos hold her in position and use her as a projector for what the 2023 Nebula is doing in 2014, essentially torturing her. Yet she still vows to do whatever he demands. It’s incredibly difficult to watch, because we know he doesn’t care about her at all, and the things she’s looking for in Thanos she will never find.

With the film jumping five years ahead, and us seeing the Avengers mission take place in 2023, we see a new Nebula. This is one that grew out of the events of Guardians of the Galaxy Vol. 2 and Avengers: Infinity War. A character who finally has come to terms with her feelings of abuse, and the trauma she’s experienced, and has decided not to let it control her. She’s now working with Rocket to help keep the Galaxy safe. She has a purpose- and one that isn’t to be used as a pawn in the plans of a murderous conqueror.

Her actions throughout the film show us someone who has truly grown as a person and decided to do what is right. Even in Guardians Vol. 2 she was still fighting to overcome her trauma, and while she comes to a better spot in her recovery by the end of that film, it wasn’t the end of her story. Having Nebula truly make stands against Thanos, and reach out to the 2014 Gamora to say, we can beat him and have a good life, is a major leap. A leap that is most certainly deserved after all she’s been through.

It will be interesting to see where her character goes next. Who is Nebula when she’s not forced to face the trauma of her past head on. What is her life like when Gamora and Thanos are both no longer part of it. These two individuals- who were such an important factor in her life are now gone, and she gets to rebuild from here. This time without having to be physically torn apart.

The future of Nebula is something that is incredibly exciting. As of now she’s expected to return when Guardians of the Galaxy Vol. 3 hits theaters, presumably in 2021. But for now you can catch her in theaters for Avengers: Endgame.

Be sure to check out our previous Avengers Endgame articles at the links below. 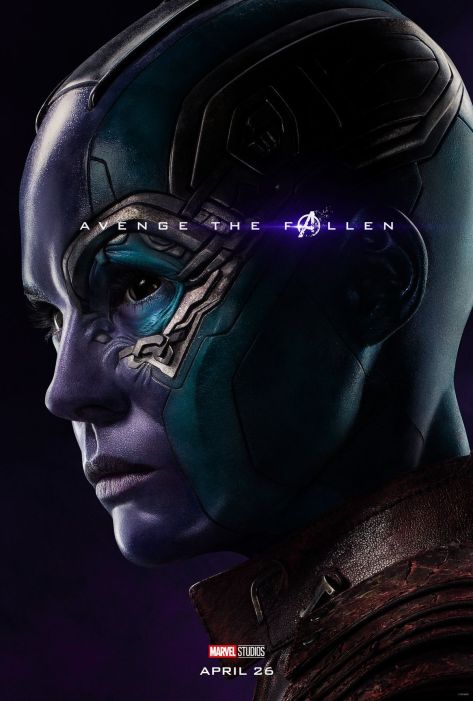 One thought on “Avengers: Endgame – Nebula’s Path To Recovery”