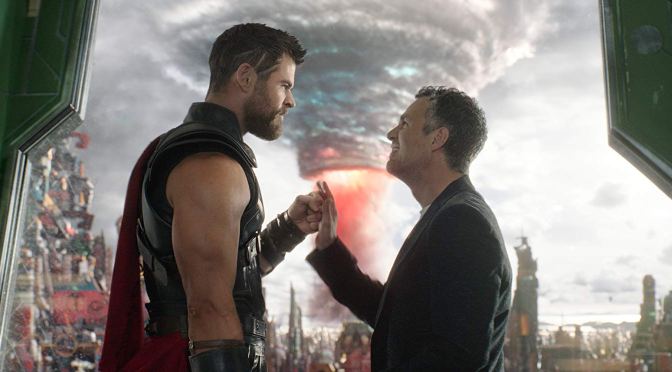 Avengers: Endgame is officially in theaters! We’re looking back at the previous Marvel films. Next up is Thor: Ragnarok.

The first two Thor films had their highlights, but overall weren’t the best films. They were also terrible at doing anything significant with Thor himself. Both of them found different ways of manipulating the world around Thor but used him simply as a brute warrior only fixated on what’s in front of him. Taika Waititi and writers Eric Pearson and Craig Kyle & Christopher L. Yos finally gave the character his due with Thor: Ragnarok by dismantling everything the previous films had established.

Ragnarok is without a doubt a surprising entry in the Thor saga, and in some ways is a sort of reboot for the character. The Thor we’ve seen before was a tough warrior that knew his place in the world, and that place is Asgard. A champion for the home of the gods, meant to keep all the 9 realms safe. But beyond that the character had little to work with. In many ways he was always the least interesting Avenger, and his solo films were always overshadowed by Loki. Ragnarok succeeds by taking everything Thor knows, stripping it from him, and asking what’s left. 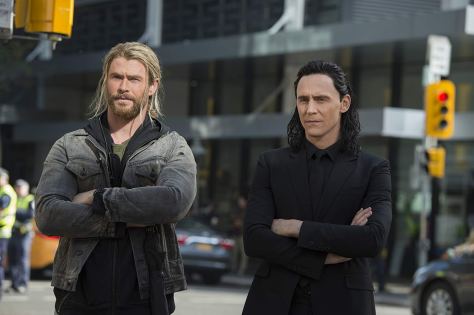 Within the first act of the film Thor loses his father, his hammer Mjolnir, and is sent far off from Asgard as his long-lost sister prepares to destroy it and everything in and beyond the 9 realms. From here he has to discover who he is as a person and where his power lies. The film eventually brings Thor to the realization that he is more than just a warrior with a hammer, he is the God of Thunder and protector of Asgard and its people. It is his responsibility to be more than what he had been before. It is his responsibility to guide his people, and protect them at all costs, because they are what makes Asgard everything that it can be.

The film is known for its comedy, but in all reality it’s a character study for the four main players involved. Thor, Loki, Hulk and Valkyrie, must all work to find their place in this universe. In a way each of them finds it by the end of the film. Thor takes his place as ruler and protector of the Asgardians. Loki realizes that he can help his brother lead their people and fight by his side to protect his true home. Valkyrie overcomes her previous failures to reclaim her role as warrior for Asgard. Bruce Banner begins to come to a realization that he can co-exist with the Hulk.

The film is one of the biggest highlights of the MCU as a whole. It’s incredibly funny, and full of great action set pieces. It’s proof that when Marvel does things right, they can truly deliver. But most importantly, it’s a fitting cap to the Thor trilogy, and one that is finally an excellent film for the God of Thunder.

2 thoughts on “Thor Ragnarok Review: The Perfect Thor Film and a High Point for the MCU”