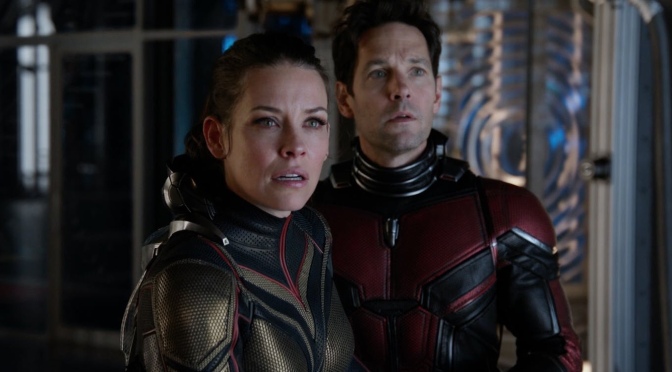 We’re looking at the previous Marvel films in celebration of Avengers Endgame. Next up the second adventure with Scott Lang, Ant-Man and the Wasp.

Marvel’s Ant-Man and the Wasp was the first film following Avengers: Infinity War, and it gave audiences a fun, action packed breathe of fresh air. The film sees the return of Paul Rudd as Scott Lang, as he teams up with Evangeline Lilly’s Hope Van Dyne and Michael Douglas’ Hank Pym, to find and save Janet Van Dyne, Michelle Pfeiffer, from the Quantum Realm.

The first Ant-Man suffered a bit from being reworked after Director Edgar Wright stepped away from the project. Fans were a bit disappointed by his departure and the film just felt a little weak at times. It also was plagued with the Marvel origin film curse, with not much more than an origin story and a two dimensional villain that was an evil copy of the hero. It was still a decent film, with help from the heist elements and a great supporting cast. But the film left a lot to be desired. 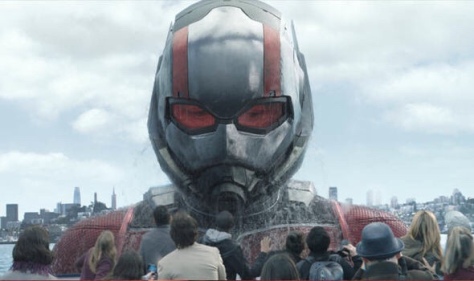 The sequel takes everything good about the first film and expands on it. The action sequences are fun and exciting, with great use of the heroes’ ability to change in size. The supporting cast from the first film gets a bit more screen time, especially the ex-cons, and each new character brings something interesting to the film. Just like Marvel’s most recent films, (Thor: Ragnarok, Black Panther) this film does a great job of giving it’s supporting cast reason to be there. It gives each new character more purpose than just, hey we want this character to show up. The film also does a great job of standing on its own. There’s no big connections or set up for other films. The only references to the bigger MCU are played off as jokes or used for character development. In a way the film almost mocks the idea of constantly having to connect to other films. And it works perfectly.

The biggest stand out from the film is without a doubt Evangeline Lilly’s Wasp. She’s without a doubt a co-lead for the film. I had some worry that her role wouldn’t be as significant as Marvel kept trying to sell it as, but this is just as much her film as it is Ant-Man’s. And my god does she kick ass. The first real action scene in the film is all hers. And throughout the film she constantly holds her own and proves she deserves her name on the marquee. Honestly, I’ve always been a fan of Evangeline Lilly but her character didn’t sit right with me in the first film. This film does a complete 180, and every moment with her is stronger, and every time she wasn’t on screen I was waiting for her return. I’m incredibly excited to see where her character goes next, and I hope she has a major role in the MCU moving forward. 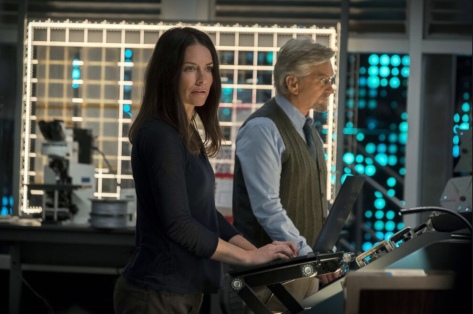 There are some nice twists throughout the film, some that are slightly predictable and some that are nice surprises. Overall the film is a fun, hilarious, spectacular entry into the MCU. It’s a film that stands on its own, apart from the MCU, but has the potential to help influence it moving forward. It’s full of fantastic, lovable characters. Some of the best jokes in the MCU. And a female protagonist that gives the well established Black Widow, a run for her money as the female lead for the MCU moving forward. 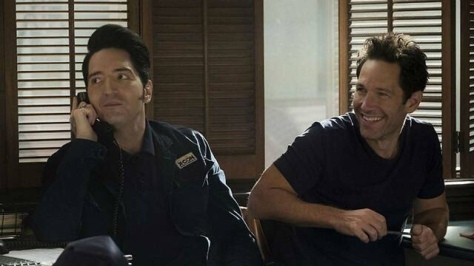 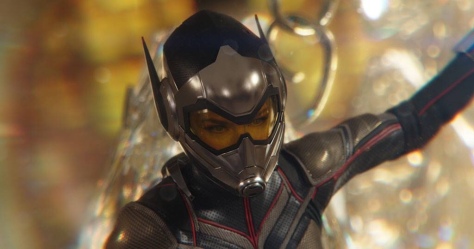 2 thoughts on “Ant-Man and the Wasp Review: The Wasp Gets Her Due”