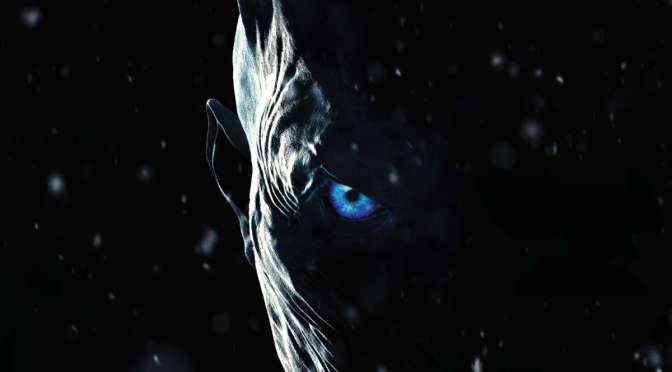 Before the 8th Season of HBO’s Game of Thrones begins, we run through every element you need to know. Loyal follower, or new fan, we’ve got ya covered.

You’ve heard that Jon Snow knows nothing. You’ve heard that “winter is coming.” So what does it all mean? With the new season of Game of Thrones on the horizon, we’ve got a quick overview of the basics of the show and what you need to know if you want to jump in during its final season. (MAJOR SPOILERS AHEAD)

Game of Thrones is set within the fictional land of Westeros. Think of it as a medieval-fantasy world with a little bit of magic, some dragons, and frozen zombies. Westeros is home of the “Seven Kingdoms.” They are ruled over by whomever sits on the Iron Throne, which resides in King’s Landing, the capital of Westeros. The land of Westeros experiences seasons in unpredictable lengths, which means that the harsh cold winters can last for years or be nonexistent during entire lifetimes.

Within Westeros there are certain powerful families that essentially rule over different areas of the land. Most of them follow the rule of whoever sits on the Iron Throne, but thanks to some wars and dirty politics, some houses condemn the sitting royal house. The major great houses of importance are House Arryn, House Baratheon, House Greyjoy, House Lannister, House Martell, House Stark, House Targaryen, and House Tully. That being said, heading into season eight, most Houses have either fallen apart, been absorbed into others, or have been decimated. The remaining Houses that stand now are Arryn, Greyjoy, Lannister, Stark, Targaryen, and Tully.

It is legend (and fact) that zombie-like humanoid creatures known as White Walkers or wights reside Beyond the Wall; these creatures will kill anyone that comes within their path. In the later seasons, it is revealed that they are not only real, but they also turn the dead into their own nearly invincible zombie army. The White Walkers were created by the Children of the Forest, the original inhabitants of Westeros, who have not been seen for thousands of years and are implied to be mystical in nature. The land Beyond the Wall is also home to Wildlings or Free Folk who do not adhere to the government of Westeros.

It’s hard to fully say that any one person or group is the protagonist of Game of Thrones, but the Stark family is honestly the closest. The first season is essentially led by Ned Stark, who rules over the North and the land of Winterfell. He becomes The Hand to the king, Robert Baratheon, which is essentially the right-hand man of the King or Queen and the second most powerful person in Westeros. When Robert dies, his wife, Cersei Lannister, arrests and beheads Ned Stark, leading the Stark family to essentially disband and head on new paths throughout Winterfell.

Most of the show centers on these new paths and what happens surrounding the Stark family. The current surviving members of the Stark family are Sansa Stark, Arya Stark, and Jon Snow. Jon is said to be a bastard child of Ned Stark, but in the season seven finale, it is revealed that he is the legitimate son of Rhaegar Targaryen and Lyanna Stark, Ned’s younger sister who seemingly died  after childbirth. It is also revealed that Jon’s true name is Aegon Targaryen. 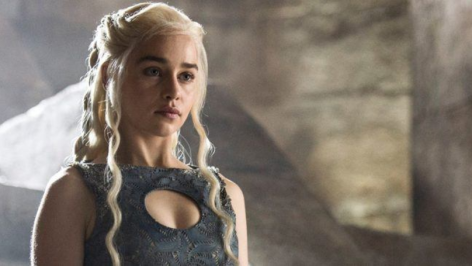 Daenerys is the last known living member of the Targaryen family. The Targaryen family once ruled over Westeros under King Aerys Targaryen, aka The Mad King. After Aerys is killed by Jaime Lannister, the Kingsguard (essentially the head of the army and bodyguard to the king), Daenerys and her brother Viserys are exiled, and Viserys works to reclaim their father’s throne. He forces Daenerys to marry Dothraki leader Khal Drogo, the brutal and powerful warlord. Though their relationship is difficult at first with Daenerys fearing Khal Drogo, she eventually truly falls in love with him.

Khal Drogo ends up killing Viserys when he disrespects Daenerys by pouring molten gold over his head. Daenerys ends up becoming pregnant, and Kahl vows to conquer the Seven Kingdoms for her. When he is wounded in battle and is near death due to infection from the wound, Daenerys seeks the help of a magical healer. But the healer’s price is the life of their unborn son and leaves Drogo in a catatonic state. Daenerys mercifully kills Drogo and throws the healer on his funeral pyre. She enters the pyre (Targaryens can’t be harmed by fire) with three dragon eggs, which were thought to be nothing more than old relics given that dragons are thought to be legend.

The next morning, Daenerys emerges from the pyre, unharmed, with three baby dragons on her. She names them Drogon, Rhaegal and Viserion. From here on out, Daenerys works to reclaim the Iron Throne, travelling across Westeros with the Dothraki army at her side. She conquers and frees each land she comes to, gaining soldiers for her army and a following of people who believe her to be a just and righteous Queen. By the end of season seven, she has a full army, the dragons have grown to full size, and she joins forces with Jon Snow to try to prove that the White Walkers and Winter are coming. In the process, she loses Viserion, who is then brought back to life by the Night King, leader of the White Walkers. She and Jon Snow end up embracing their growing feelings for each other and sleeping together, unaware that they are related by blood.

The Lannisters have always been a rich and powerful family. Tywin and Joanna Lannister had three children: Cersei, Jaime, and Tyrion. Joanna passed while giving birth to Tyrion, a dwarf, which led to Tywin constantly shaming Tyrion for “killing his mother.” Over the course of the series, Cersei and Jaime take part in an incestuous affair, which brought about three children: Joffrey, Myrcella, and Tommen. All three children were attributed to her husband, King Robert Baratheon, and all of them are killed over the course of the series. After the death of her children and father, Cersei ends up taking over the throne herself after years of working as the de facto leader behind the mask of her family. At the end of season seven, she is said to be with child and is ruler of the Iron Throne.

Jaime Lannister spends most of the series serving Cersei and Tywin’s desires and helping the Lannister family become more and more powerful. Known to some as the “Kingslayer,” he is a master soldier and tactician and has gone from an unscrupulous asshole to an honorable and almost tragic hero. As the years have gone, by Jamie has slowly redeemed himself. Despite being used by his sister in every form possible, there is good deep within him. At the end of season seven,  Jaime leaves Cersei and heads north to join the ranks of Jon Snow and Daenerys Targaryen’s forthcoming battle against the White Walkers.

Tyrion is quite possibly the only Lannister that is ever a decent person through and through. Though he spends most of his time in the earlier seasons getting drunk and finding ways to get laid, he’s usually the smartest person in the room and knows how to manipulate things to his advantage. Many think nothing of Tyrion due to his physical nature, and he uses that to his advantage. Over the course of the series, Tyrion has slowly drifted to the “good side” and by season five, joins sides with Daenerys. In season six, he is named the Hand of the Queen by Daenerys. From that point forward, he is one of her closest allies and is put into a position where he must outwit his brother as Jamie becomes the Hand of the Queen to Cersei.

As of now in Westeros, Winter is coming. The Night King has a dragon and an army. He has used his forces to begin knocking down The Wall to make a path south in order to kill everything in his path and take over Westeros. It’s unclear if he has any further goals beyond death and destruction, but as of now, he is a fearsome threat to all of Westeros.

Cersei has agreed that the White Walkers are a threat bigger than Daenerys, but she also has schemes of her own. She knows that when the battle against the White Walkers is done, she will have to defend the throne. For now, we don’t know what that may mean, but Cersei has never played nice.

The Starks and the Targaryen forces have essentially completely joined together to prepare for the fight against the White Walkers, and afterwards, likely the fight against Cersei. Ned Stark warned everyone from episode one that Winter Was Coming. Not only is it here, but it’s here to take everyone and everything. Hopefully in the battle against the White Walkers, or soon after, the Stark children can finally avenge the death of their father and take out Cersei once and for all.

Keep following Poor Man’s Spoiler for everything Game of Thrones, and be sure to catch the premiere of season eight tonight at 9pm ET on HBO. Check out the links below for all of our previous coverage of Game of Thrones.