In honor of April Fool’s Day we’re letting Toby take over, and reposting all of his work on the site. Enjoy, and we apologize.

1 . Ben Affleck – Affleck has already stated that he does not want to be Batman anymore; maybe it just wasn’t the right fit? Maybe Superman can keep him in WB’s corner for a bit longer?

2. Idris Elba – Passed over for Bond and Geralt, maybe Superman will be the role where Idris finally gets his due. I can only see positive things happening in today’s society from such a casting.

3. Daniel Day-Lewis – Everyone says that Christopher Reeves was the embodiment of Superman. Let’s go one step further. Let’s pull Day-Lewis out of retirement and tell him he is Superman. Honestly, I think it would be more entertaining just to watch him think he is Superman than to actually have him in a Superman movie.

4. Andy Serkis – Sometimes saying goodbye is hard. With modern technology’s ability to create non-realistic depictions of deceased actors, we won’t have to! They already have his face on file mustache free – just let mocap actor extraordinaire go to work as Henry Cavill’s superman.

5. Adam Driver – As Kylo Ren, Driver displayed the emotional range of a moody teenager going through his scene phase. That is already more emotion than Cavill’s Batman impression. Plus, Driver is built like a brick barn; I wouldn’t mess with him.

6. Al Roker – One of America’s most recognizable faces, Al Roker already branches out into acting in Waitress, so this is totally doable. He just seems so nice and easy to like, and that’s what we need in WB’s neck of the woods. 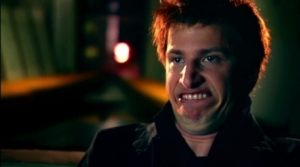 7. Andy Sandberg – I mean, it worked for Chris Pratt, right? 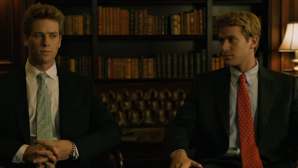 8. Armie Hammer/ Josh Pence: I just want to see how pissed Jesse Eisenberg would be to have to face down the Winklevoss twins again. I’d rather see Armie as a Green Lantern, but I’d be so entertained to see a Super Social Network.

9. Tyler Hoechlin – Already Superman in the Arrowverse…the DC universe that is actually successful. Why not just give the reins to those guys and bridge the two? You both tried, but the movies are just…bad. Except Suicide Squad; that won an oscar, so…

10. Eric Brockett – He’d be so good. All he’d need to do is lose like 50 lbs of fat and replace it with muscle. Ignore the fact he hasn’t acted in years and couldn’t even get cast his junior or senior year of college. He’s 6’ even…so a little sort, his hair isn’t right…you know…maybe it’s not a good fit. Go back to amounting to some guy who doesn’t even write as many articles as a guy who lives in a basement, Eric.