Today Frido takes a look at the game that puts you inside the world of Disney, and no we don’t mean Kingdom Hearts.

Before any of you guys start judging me, I came across this game on the Xbox Game Pass and was like, “Eh, free game to get me through this long day.”  I’m not gonna lie, I’ve put over 60 hours into this game, and I am nowhere near being done with it yet.  The game is huge.  There are tons of loveable Disney characters that give you side missions and collectables that keeps you wanting to play more.  There are no spoilers ahead because what in the world would there be to spoil? 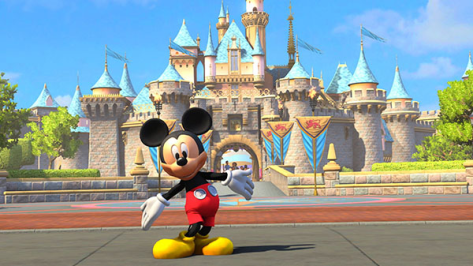 The game is long.  As someone who loves getting 100% on games and collecting items from every little nook and cranny, this game is huge.  Luckily, it’s a kids game so most items are easy to find.  The hidden Mickeys, however, are extremely hard to find–and I love searching for hidden Mickeys when I go to Disney.  It’s something that’s fun to do while standing within a queue.  They make you work for it in this game; if you’re not directly lined up with one, the game will not pick it up to take a photo, which is super annoying.

There’s also a lot of back-and-forth in this game.  Alice will want you to talk to Hatter, who will send you to the White Rabbit, then back to Alice, and back over to the Rabbit.  It’s really grueling sometimes.  Something that makes it worth it though is that the animations for each character change depending on the conversation.  It’s not the same two animations over and over again, which is something not even Bethesda has achieved.  It’s still mind-numbing to go back and forth between characters, but I appreciated those animations.

The secrets within the attractions are almost impossible to get on your first round through.  Some are just pickups that you run into, others require doing something a certain amount of times.  The attractions are fun, but if you don’t know where that last secret is, you’re going through a couple of times until you find it.  And most of these attractions take a decent amount of time, about as long as two levels in Mario, give or take.  The attractions are still fun if you’re not worried about getting the secrets. Haunted Mansion is one of my favorite rides, and you can’t exactly tell the real story of the Haunted Mansion. Instead, you kind of play Ghostbusters by flashing a bunch of ghosts with your flashlight.  If you don’t know the real story behind Haunted Mansion, I highly suggest you look it up.  It makes going on the ride that much more enjoyable.  And I’m not talking about the Eddie Murphy movie!  We don’t speak of it! 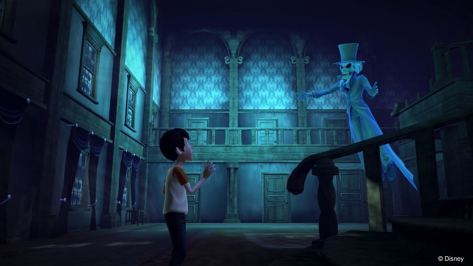 There are a lot of lovable characters within this game from Buzz and Woody, to Brer Rabbit and Princess Tiana, to Stitch and Winnie the Pooh; they’re all over the place and you can get their autograph and photo for each one.  It’s fun to hang out with your favorite characters.  Stitch is one of my favorites, and if he wants six hamburgers because he’s hungry, then I’m gonna go around that park and find six hamburgers.  If Winnie the Pooh wants some hunny, dagnabit, he’s gonna get some hunny! 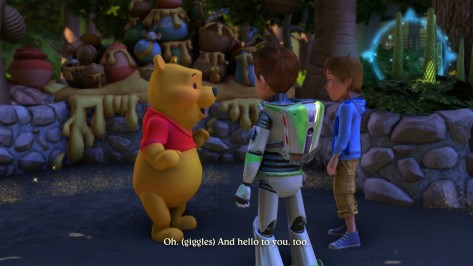 The game lets you have that feeling of being a kid at a theme park again.  They aren’t people in costume; that’s really a talking bear and pig.  It’s a feeling of nostalgia that is often lost in games nowadays, unless they’re a remake or a movie adaptation.  And let’s be honest, movie adaptation games aren’t fun. The game has it little quirks and dislikes, but it’s still fun. If you’ve got a minute Disneyland Adventures is free on Xbox Game Pass and is fun, especially if you love Disney.  And if you have kids, this should keep them busy for a little bit.

Disneyland Adventures is currently available for purchase on Amazon and other Video Game retailers.