Frido looks at one of the best games of last year with the PS4 exclusive, Spider-Man.

Marvel’s Spider-Man is a heartfelt story about Peter Parker as an adult.  We already know the basic story of how Spider-Man came to be: the radioactive spider, Uncle Ben dying, saves the world, blah blah blah.  This takes place after all that.  The game is GOOD.  The game is exactly what fans wanted in a Spider-Man game and more.

I’m not going to go into the story like I normally do because there are some major spoilers in this game that really just need to be experienced.  I will tell you that the story starts with Peter leaving his apartment in Manhattan to go take down Wilson Fisk; the fight up Fisk tower starts as your tutorial.  Peter is currently work working with Dr. Octavius (pre Doc Ock) at his laboratory.  Peter and MJ have broken up but are still good friends, and MJ works as a reporter.   Let’s get into it! 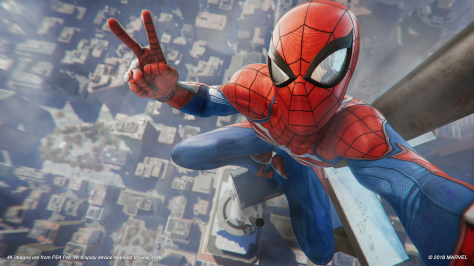 Starting with the good, the game is gorgeous; most games kind of are nowadays.  The graphics are great.  Having been to New York, I could pick out buildings that I recognized and was able to know where I was within Manhattan.  That’s not something a lot of games can say, especially those based off a real location.  Web-swinging through those locations feels amazing; it runs so smoothly and doesn’t cause any issues.  Insomniac’s developers really thought of everything.  If there’s nothing above you, you can web shoot more downward to pull yourself forward.  It feels absolutely breathtaking to be able to zip through the streets of New York with such ease.

If you have ever played the Batman Arkham series, the combat mechanics are similar.  The game presents you with fluid movements that make the combat smooth.  It is not just a button-mashing experience, though. Players need to think about that moves to make next rather than just smashing the attack button, especially on the higher difficulties.  The game offers plenty of upgrades that make combat fun.  And speaking of the upgrades, they add a lot of fun into the combat system.  There are a decent amount of upgrades, so it feels like the player is really progressing rather than obtaining them all before you’re even halfway through the game.

As players progress through the story, there are a ton of unlockable costumes, side events, and collectables to obtain, which makes for a large quantity of gameplay hours.  In addition to that, the story is phenomenal.  The relationship between Peter and Otto is amazing, and with the introduction of Miles, it sets it up for a great sequel.  They make Spider-Man seem human. He’s not just some invincible hero that can continue taking punches.  As the game goes on, players can tell Peter is getting tired, and you can see the cuts and bruises upon him.  He has actual feelings rather than just being a drone of super spidey skills.  It makes you really fall in love with what they did with the story, and as it goes on, you feel for Peter, his friends, and what they’re going through. Even the villains are given in-depth stories.  Players could not have asked for a better scenario for this game.  With the introduction of a new villain, you don’t know who he is or what is going to happen.  Players know that Otto is going to turn into Doc Ock, but with this new villain, players have no idea who he is or what he wants, which makes the story that much better.

Now, let us get on with the bad.  Though there weren’t a lot of things to comment on as a bad thing there were a couple, but that’s any game.  First up, forced stealth mission.  No one likes them, so why do we have them?  The missions featuring MJ and Miles make sense; they would literally die if they were caught.  With Spider-Man, however, they feel forced. There are plenty of perks within the perk tree that make them a little easier, but they still aren’t necessary.  I wouldn’t say that I hate them, but I was a little disgruntled when presented with the first one.

The amount of quick-time-events were my next issue.  I actually really like QTE battles; they keep me engaged and ready for anything.  The amount in this game however just felt a bit much.  I would put it on level with a Resident Evil game (don’t get me started on that). 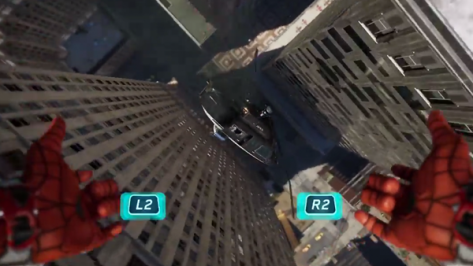 The game deserved a lot more than what it got at the VGAs, which was nothing.  It was nominated for a ton of categories and was rightfully deserving of those nominations.  Had I played this before the VGAs, I would have put it up with God Of War for game of the year.  I still feel like God Of War deserved the title, but this game was fantastic and was set up for an amazing sequel.  If you have the funds or the time, I highly suggest this game.

Spider-Man is currently available for purchase at Amazon and other video game retailers.

One thought on “Don’t Fret With Frido: Spider-Man Review”