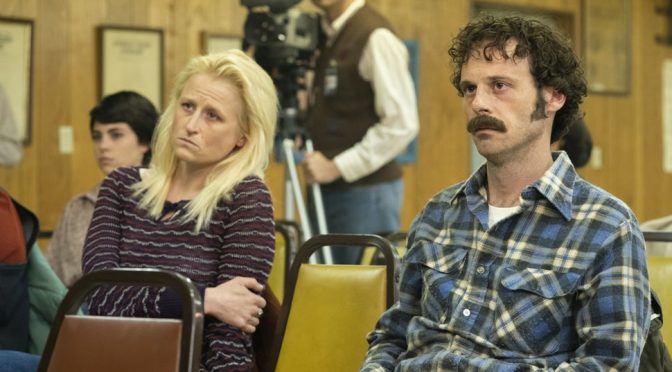 The third season of True Detective premiered is in full swing, and we’re taking a look at each new episode. This season has been a return to form with a story that feels much more like the phenomenal first season. The story this season begins with Wayne Hays (Mahershala Ali), a Vietnam Vet and former Detective who in 2015 is losing his memory as an old man. Hays is haunted by a case from 1980 centered around the disappearance of Will and Julie Purcell, a set of young siblings who disappeared after going for a ride on their bikes. Hays and his partner Roland West (Stephen Dorff) wrapped up the case in the 80’s only for it to be reopened in 1990 when the person convicted of kidnapping and killing the kids attempted to clear their name after the potential reemergence of Julie Purcell. As we travel through the decades we also see Hays fall in love with the Purcell kids’ teacher Amelia Reardon (Carmen Ejogo). Amelia and Hays would marry after the initial investigation and in 1990 she wrote a book about the case. Now in 2015, Hays works to remember the details of the past while being interviewed by a film crew documenting the case.

The Purcell case came back into Wayne Hays’ life thanks to a true crime TV show in 2015, and with it comes questions for the audience and Hays. Questions on what he sees, on what happened, and what all he’s hiding. It’s been a great way of opening things up and letting us see the story through his eyes. Questions are asked of Hays, by himself or by the crew for the show, that are the same questions we want answered. As he reflects on his memories, we slowly begin to receive the answers to these questions. We know that something happened to Dan O’Brien, Lucy Purcell’s cousin. We know that a cop who worked the case named Harris James disappeared in 1990 when the case was reopened. And we know that there’s something darker at play amidst all of it.

It was revealed last episode that Hays and West killed someone. Though it’s still unclear who. It’s possible that it was O’Brien, but it also may have been Tom Purcell. Most of this episode took us back to 1990, where we see that the big wigs in law enforcement are ready to pin this entire case on Tom. But West and Hays know there’s more to it. That they must follow through on all of this. They pinned this on the wrong man before, and they don’t want to do it again. Especially after all Tom has been through.

Hays and West do follow up on looking into Tom in case it was him and end up discovering that he is secretly gay. Hays begins to wonder if that’s the only secret Tom may be hiding. The detectives head to Hoyt Foods, the same food plant where Lucy used to work, where its said the man with a dead eye that bought the straw dolls may have worked, and where Harris James is working as head of security. James was the one to connect confirm at Woodard’s house that the backpack was Will’s and right after the case closed he received the high paying job at Hoyt. Hays seems suspicious of James, and rightfully so. But they leave him for now and end up getting a call that a caller from the tip line wants to meet West.

They meet the caller at a diner and it turns out to be Dan O’Brien. He tells the detectives that there’s a larger conspiracy here surrounding everything and if they bring him seven grand in two days, he’ll reveal everything to them. They eventually agree and call in the license plate on O’Brien’s car. Meanwhile Amelia discovers that Julie used to live at a shelter and knew some young women there, that she would talk about being a Princess from a Pink Room. Which was mentioned previously by other homeless people who had met her.

Tom ends up being released from jail and tries to find West, but instead overhears two other detectives talking about O’Brien. He finds O’Brien at the hotel he would stay at to do meth back when he would stay with the Purcell’s. He beats him and threatens him with a gun, and O’Brien ends up admitting that he had a name, someone who kept supplying Lucy with money through the years.

Amelia gives a reading from part of her book to celebrate its release in 1990. At the end of her reading a man walks up to Amelia and yells at her. Saying that she is making money off of the pain of the family. The man has a glass eye. As he leaves Amelia remembers that there should have been a man with a glass eye who was never found to help connect the straw dolls to the case.

Tom leaves O’Brien and goes to the Hoyt family home, he sneaks onto the property and goes through a hallway and a door that leads to a pink room. As he looks inside he say “Julie?” as Harris James walks in behind him.

This episode was beyond fantastic. The balance between reveals and questions was perfect, and help keep things turned up to 11. The highlight of the episode has to be Scoot McNairy as Tom Purcell. He sells this role completely and we completely feel for him one hundred percent. Dorff does an amazing job playing against McNairy in the interrogation scene that opens the episode. These two characters have become friends over the past ten years, and Tom has worked to rebuild his life with Roland’s help. To now sit across from him and have him question if he’s responsible for what happened to his children, and to have to be Roland and know what this would do to Tom. While also knowing he may be blinded by his bias, but still believes it’s not Tom. There’s so many things at play here, and they both deliver everything perfectly.

This season truly continues to raise the bar with every episode. At this point it’s still unclear what happened to the Purcell kids, where they went, who they would meet, what happened to Julie all these years, and what West and Hays did in 1990. But the buildup has been perfect, and it’s clear that the large jigsaw puzzle that is this season, is close to becoming a beautiful fully formed picture. 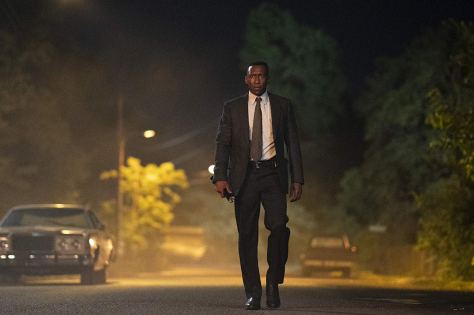