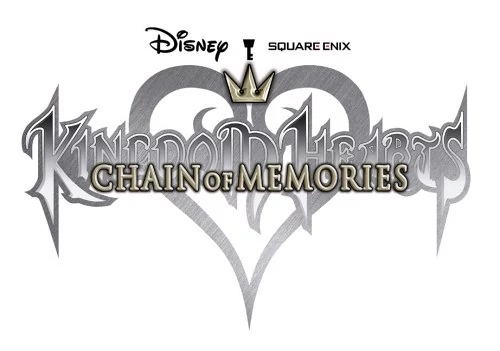 Let me start this review by saying that this is not going to be a positive review.  Normally, I can find the faults in a game and still find positive values, so there are still some redeeming qualities.  This game doesn’t really have any redeeming qualities.  So, if you came into this review hoping to read something nice about a game you enjoy, leave now, because I’m about to rip this baby apart.  As always, minor spoilers ahead. Let’s get started.  ‘Cracks knuckles’

Kingdom Hearts: Chain of Memories is an atrocious game.  I understand from a story perspective that it’s important to introduce Axel and Organization XIII.  The gameplay, however, is horrible.  The card system that they introduced is unnecessarily complicated.  And since I’m doing these reviews for your enjoyment before the third game comes out, I’m playing them back-to-back. It was super annoying to have to re-play through the same story after I literally just completed it. 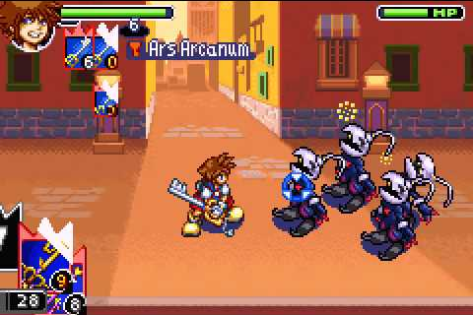 Let’s just start with the story and go from there.  We start at the very end of the first Kingdom Hearts game, and you walk into a castle known as Castle Oblivion.  As you enter the castle, Sora, Donald, and Goofy lose all of their memories.  They make their way through the places they have already been.  A character named Marluxia is using a girl, Naminé, to take control of the Keyblade.  As you go through Castle Oblivion, you fight the different members of Organization XIII.  At the end of the game, Naminé gives Sora a choice: she could either give him his memories back and forget what happened in Castle Oblivion, or she could keep his memories the way they are now and he will not remember the past.  Sora chooses to get his old memories back, and Naminé puts Sora into a deep sleep to repair his memories.  Which takes us to where you find Sora at the beginning of the second game.

I understand why this is all important: so we can be introduced to the new villain of the game series leading into the second game.  What I don’t understand is why they needed to make the combat system of it overly complicated.  At the beginning of the game, there were times when I would run out of cards and would just run around until I was able to obtain another card to continue combat.  They didn’t need to necessarily make it as elaborate as the first or the second game, but the card aspect was just dumb. 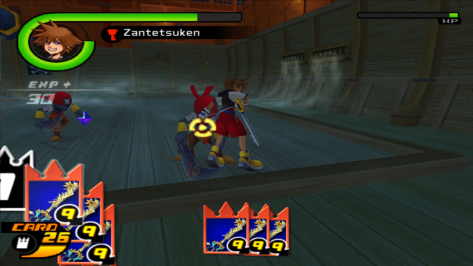 If you want to play the whole series just to say you did, more power to you.  Honestly, I would not suggest playing this game.  Just watch or read a story summary and play the second game.  This game is just ssssooooo bad, and I wouldn’t put that evil on anyone.