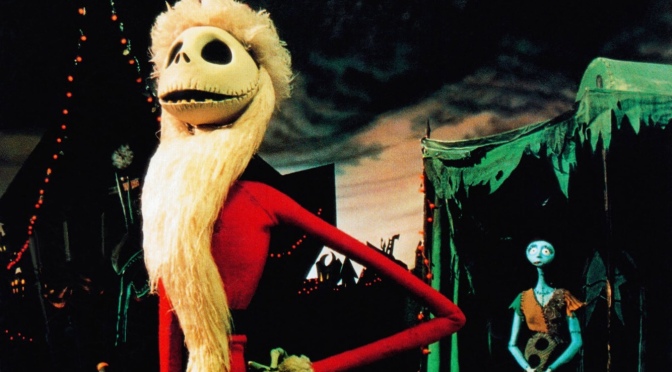 Today we start a new series on Poor Man’s Spoiler entitled “The Legacy Of.” These articles will take a look at films and TV series that have made in impact in some way. We’ll take a look at the things these series and films have changed, the behind the scenes stories that helped redefine the medium, and the way our culture was influenced by them. We begin with a look at The Nightmare Before Christmas which is currently celebrating its 25th anniversary.

The Nightmare Before Christmas began long before the film was put together. During his early years as an animator and storyboard artist for Disney, Tim Burton would create other pieces like the short films Vincent and Frankenweenie, which appealed more to his darker tendencies. It was during this time that Burton wrote a poem entitled “The Nightmare Before Christmas.” That poem played out much like the beloved Christmas story, “A Visit from St. Nicholas” by Clement Clarke Moore, better known as “Twas the Night Before Christmas,” but with a Halloween twist.

Eventually Burton would leave Disney and begin his own film career by directing the feature length film, Pee Wee’s Big Adventure. That film would bring Paul Rueben’s beloved Pee Wee Herman character to the big screen for the first time and would help Burton begin to make a name for himself. As Burton followed up Pee Wee with Beetlejuice, Batman, and Edward Scissorhands, he began to develop his poem into a stop motion film. After multiple failed attempts to make the film either in short film form or as a television special, Burton struck a deal with Disney and began putting the film together with director Henry Selick, and composer Danny Elfman.

Burton’s hope was that the film would become something similar to the classic Christmas stop motion specials like Rudolph the Red Nosed Reindeer and Santa Claus is Coming to Town by Rankin/Bass Productions. That it could become something watched by families every year. In creating the film, they did their best to take inspiration from those specials and honor them as much as possible. The script would be written as the artists began crafting the world of the film, and Danny Elfman finished up the songs. Elfman would also provide the singing voice for the film’s lead character Jack Skellington. As the film was in production Disney would decide to release the film through their Touchstone Pictures banner as they felt it was too dark for their regular Walt Disney Pictures banner. 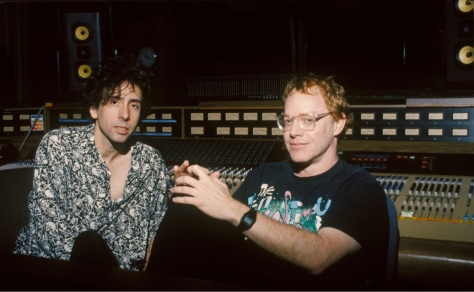 The film also led to a temporary split between Burton and Elfman. The two had a personal falling out after the production of the film, which Elfman was heavily involved with for two and a half years, during which he also scored Burton’s Batman Returns. Elfman has recounted the split repeatedly explaining that a large influence of it had to do with the amount of time spent working on Nightmare. Normally Elfman would work on a film for a few months, and the extended amount of time involved with Nightmare led to high tensions between the two friends. This in turn led to Burton bringing in composer Howard Shore to work on his follow up to Nightmare and Batman Returns, Ed Wood. The split between the two wouldn’t last forever, as Burton and Elfman made amends after Ed Wood and Elfman would go on to score Mars Attacks.

The film also saw some changes with the voice cast as it went through production. Patrick Stewart was cast as the narrator of the film, and had recorded more poetic opening and closing monologues. But the two monologues were cut from the film in post production. They are still included on most copies of the motion picture soundtrack. Vincent Price was originally cast to play Santa Claus, but after the death of his wife Coral Browne, Price was so heartbroken that his voice didn’t match what was needed for the character. Edward Ivory would be cast at St. Nick instead. Price passed away the week the film had its full wide release, on October 25th, 1993.

The film was released at the New York Film Festival on October 9th 1993, and then had a limited release on October 15th 1993 before a nationwide release on October 29th 1993. The film was considered a sleeper hit by Disney. It came in third at the weekend box office of the 22nd-24th with $6.2 million. Upon its wide release it stayed in the number one slot at the box office for two weeks, and then stayed within the top ten films at the box office for weeks 3-6 of its wide release. By the end of it’s run in 1993 the film took in just over $50 million off of an estimated $18 million busget.

The film saw immense success on home video after being released on VHS on September 30th 1994. This success led to the film being considered a cult classic, and led to Disney rereleasing the film multiple times between 1994 and 2009, including 3D rereleases from 2006-2009. The 3D release in 2006 was one of the first re-release of any major film in the 3D format. The success of that initial 3D re-release led Disney to continue re-releasing some of their biggest hits in 3D including the first two Toy Story films, The Lion King, and Beauty and the Beast. The success of the Nightmare re-releases ad well as the subsequent other Disney re-releases in the 3D format led to other major films being rereleased in 3D as well including Top Gun, Terminator 2, Titanic and Jurassic Park.

One of the things that helped Nightmare Before Christmas grow in immense popularity in the past 12 years or so is the emergence of the so-called “emo” punk-rock culture that grew in popularity in the early 2000’s. The film matched the aesthetic of artists and bands like My Chemical Romance, Panic at the Disco, Evanescence, and Marilyn Manson. All of whom, except My Chemical Romance, have since taken part in recording new versions of the songs from the film for different releases.

That aesthetic also grew with the success of the store Hot Topic. While Hot Topic had been founded in 1989, it grew to its largest height of popularity in the early 2000’s by being the main retailer for “emo” punk rock bands, and the fashion of that culture. The store also grew to sign contracts with companies like Disney to release exclusive merchandise for properties like Nightmare Before Christmas. As time went on the cultural relevance of Nightmare grew larger thanks to these aspects of pop culture in general, and Disney took note.

Disney has continued to use the Nightmare Before Christmas characters and elements in various different media. A video game sequel was created in 2004 for Playstation 2 and Xbox entitled The Nightmare Before Christmas: Oogie’s Revenge. The world of Nightmare was also included in the Kingdom Hearts video games. Disney has also produced multiple live concerts consisting of music and dialogue from the film being performed by the cast or popular celebrities.

Another lasting impact of the film is the success of stop motion animated film. After decades of little to no stop motion features being released successfully before Nightmare, Disney decided to follow up the film with a stop motion animated adaptation of Roald Dahl’s James and the Giant Peach. That film was not as successful as Nightmare, but is still considered a slight cult classic. Burton would go on to actually direct the stop motion film Corpse Bride for Warner Brothers in 2001, working again with Danny Elfman on original music for the film. Then in 2012 he would return to Disney to make a feature length stop motion adaptation of his short film Frankenweenie.

Henry Selick, the actual director of Nightmare Before Christmas, followed up the film by directing James and the Giant Peach. In 2001 Selick directed the live-action stop-motion hybrid Monkeybone, which was an adaptation of the graphic novel Dark Town by Kaja Blackley. While that film bombed at the box office Selick would join the stop motion group Will Vinton Studios in 2003, acting as the supervising director as they rebuilt the failing company. That company would in turn become Laika, with it’s first film being Coraline, an adaptation of the book by Neil Gaiman. Selick would direct the film and receive a nomination for Best Animated Feature after its release in 2009. That film’s success would in turn lead to growth in Laika’s film group as they release ParaNorman, The Boxtrolls, and Kubo and the Two Strings. All of which would go on to be nominated for Academy Awards and receive critical acclaim and box office success.

Burton and Selick have often been asked if a proper sequel to Nightmare Before Christmas might ever come about. While Selick has said that he would be open to a sequel, Burton has objected repeatedly. Once telling MTV, “it was important to kind of keep that purity of it. I try to respect people and keep the purity of the project as much as possible.” In the end the fact that Nightmare Before Christmas has never received a sequel is probably in the film’s best interest. It has in fact become a Holiday tradition for most families. Be it Halloween or Christmas or anytime in between. Which is exactly what Burton had hoped for all along.

The Nightmare Before Christmas is currently available for streaming on Hulu and can be purchased on Amazon, iTunes, and other digital retailers.