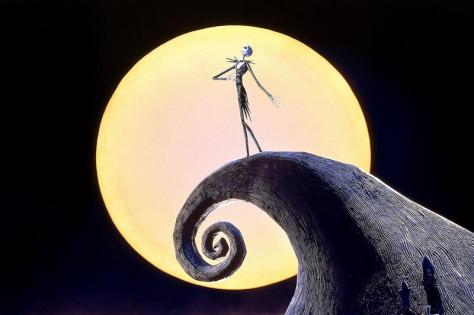 Ghostbusters is one of the best Halloween films. It’s a little scary at times but is funny and entertaining throughout. The film works on many levels, which is part of the reason it’s so well-loved. There are parts of the original film that are a bit darker for younger viewers, but many of the adult jokes will go over their heads. The remake featuring Melissa McCarthy, Kristen Wiig, Kate McKinnon, and Leslie Jones is on par with the original: a funny, entertaining film with a few scares, but something that the whole family could enjoy. Plus, it has cameos by the entire original team and a few clever nods to the original film.
(Ghostbusters 1 & 2 are currently streaming on Amazon.)

While Nightmare Before Christmas may be known as “Tim Burton’s”, it was actually Henry Selick who directed the film. Selick would follow up Nightmare with James and the Giant Peach in 1996 before taking a break from feature-length stop motion animation until 2009’s Coraline. The film feels right at home amidst Nightmare as a creepy, but heartwarming, film about family and finding happiness in your life. It also features an amazing cast that includes Dakota Fanning, Teri Hatcher, Keith David, and Ian McShane.
(Coraline is currently streaming on Netflix) 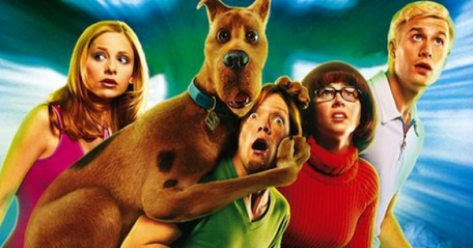 What if I told you that James Gunn, the man behind the Guardians of the Galaxy, was going to make a live action Scooby Doo film, you’d probably be interested right away. Well, that film is already in existence. The 2002 live action take on everyone’s favorite group of meddling kids was written by Gunn and directed by Raja Gosnell (Big Momma’s House). The film is just as silly as the original cartoons and features, quite possibly, the best possible live action cast that could ever be assembled for a Scooby Doo film. Freddie Prinze Jr., Sarah Michelle Gellar, Matthew Lillard, and Linda Cardellini are the perfect embodiments of Mystery Inc. Imagining anyone else as the gang seems blasphemous.
(Scooby-Doo 1 & 2 are currently streaming on Netflix)

At only 70 minutes long, and primarily consisting of newer and older short Disney cartoons, Mickey’s House of Villains is a perfect family-friendly Halloween film, a spin-off from the House of Mouse show that was part of Disney’s 1 Saturday morning block on ABC during the early 2000’s. The film sees Mickey and the gang hosting a Halloween night at the House of Mouse, only for Jafar, Maleficent, Hades, and other classic Disney Villains to take over. There’s nothing for you not to love here.
(Mickey’s House of Villains is currently streaming on Netflix.) 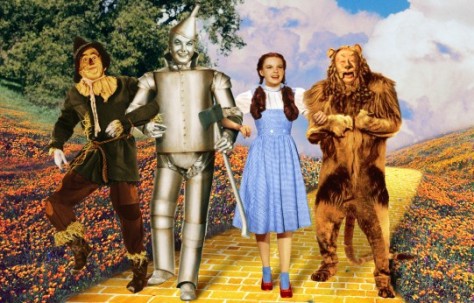 The Wizard of Oz

Wizard of Oz may not be a Halloween film per se, but it is the perfect film for this time of year. With a villain that’s a witch, a happy band of new friends, bright and unique costumes, and a soundtrack that still will put a pep in your step after almost 80 years, Wizard of Oz is fantastic family fun and something the whole family can enjoy. Plus, if the kids decide to dress as one of the characters for Halloween after seeing the film, they’re some of the easiest costumes to find or make at home.
(The Wizard of Oz is available for purchase on Amazon.)

The Hotel Transylvania films may seem silly and stupid at first glance, especially when you consider the cast is led by Adam Sandler, Andy Samberg, and Selena Gomez. But the films are actually sweet, funny films, filled with good messages, and fantastic puns. The cast of characters consists of the famous monsters like Dracula, Frankenstein’s Monster, and the Invisible Man who are set in modern day. As the series has gone on, it’s expanded on the idea of inclusion, acceptance, and fighting prejudice in every way possible. The films use the idea of monsters to talk about how we view other cultures, and in doing so, creates a positive message for the entire family.
(Hotel Transylvania is airing this weekend (10/27 and 10/28) on Freeform and Disney XD, check local listings for times.)

You can never go wrong with a classic. Great Pumpkin is a staple of many families Halloween festivities, and for good reason. It’s a short but fantastic special that reminds us that sometimes it’s okay to believe in something silly. Sometimes those silly beliefs help us to be better people. It also reminds us that traditions are important, and even if we don’t always understand them, they gain a greater meaning over time. Also, who doesn’t love Snoopy?
(It’s The Great Pumpkin Charlie Brown is available for purchase on Amazon.)

It’s not a Halloween film at all but a film about monsters is definitely fitting for Halloween. Plus, the film is filled with all sorts of silly and interesting takes on what a monster can look like, which could definitely help with costume-planning. The film also still stands as one of the best Pixar films ever made and is incredibly rewatchable. If you have kids of your own who haven’t seen the film, watching them fall in love with these characters, laugh at Mike Wazowski, cry with Sulley, and get a little frightened by Randal, is something you won’t forget.
(Monsters Inc. is airing this weekend (10/27 and 10/28) on Freeform, check local listings for times.) 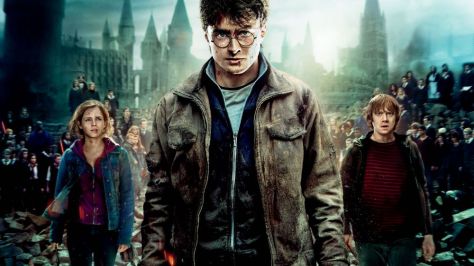 The Harry Potter films never really touch on holidays, aside from a few mentions of Christmas, but overall, they’re still perfect for Halloween. Witches, wizards, giants, dementors, and all sorts of Fantastic Beasts, these films are packed with all of the best elements of a good Halloween story. And the series is one of the most beloved franchises of all time. There isn’t a time where Harry Potter isn’t watchable, but it always feels especially appropriate in the later months of the year.
(Harry Potter and The Deathly Hallows Part 1 & 2 air Sunday night 10/28 on Syfy, check local listings for times. Fantastic Beast and Where to Find Them is currently available through HBO. The rest of the Harry Potter Franchise is available for purchase on Amazon.)