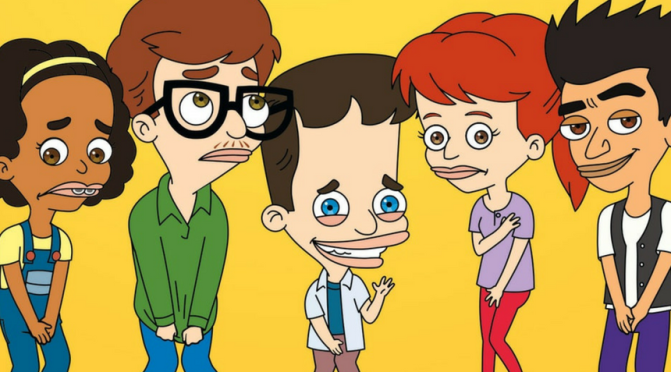 Last year Netflix released the animated series Big Mouth. Created by Nick Kroll (The Kroll Show), Andrew Goldberg (Family Guy), Mark Levin, and Jennifer Flackett (Journey to the Center of the Earth). The show follows a group of 7th graders who deal with the ups and downs of puberty and growing up. The show features the voice talents of Nick Kroll, John Mulaney (Oh, Hello on Broadway), Jessi Klein (Inside Amy Schumer), Jason Mantzoukas (Brooklyn 99), Jenny Slate (Bob’s Burgers), Fred Armisen (Portlandia), Maya Rudolph (Life of the Party), and Jordan Peele (Get Out).

It’s hard at times to give an objective review of comedic material. Something that may seem funny to me may not be funny to me mom or my siblings. That being said, there are plenty of examples of comedy that can appeal to wider audiences, usually material that tackles something that everyone can understand and relate to. There are plenty of things in Big Mouth that can be looked at as simply raunchy and dirty comedy, but the show is actually a realistic look at puberty and understanding one’s own sexuality.

There are a lot of things that kids go through during puberty that are more than just growing hair in new places, the start of a menstruation cycle, and physical growth. It’s a time where you begin to question who you are as an individual and what certain things in the world mean to you. It also tends to be a time where the world at large becomes more clear. Your parents stop shielding you from certain things, and you learn about different aspects of life and sexuality from friends, tv shows, movies, and the internet. It’s difficult to process all of it, but you have to – that’s just part of growing up. Big Mouth does an excellent job at tackling these elements of growing up as well, showing the ups and downs of friendships and relationships with family members as you’re experiencing all of these changes. 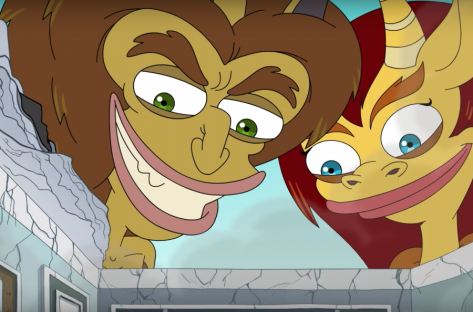 While the show is very sex positive (and one that is relatable), it does have some moments that fall into the raunchy and dirty comedy category. Most of the raunchier elements come from the hormone monster, Maurice, and occasionally his female counterpart, Connie. Maurice and Connie are the physical embodiment of thoughts and actions that occur during puberty. Maurice says the things that you would keep to yourself, and never utter in public for fear of embarrassment, ridicule, and shame. He’s the embodiment of pubescent sexual exploration in the dirtiest way possible. He’s constantly suggesting every possible sexual act available at any given time, usually giving a comment that would get you slapped or worse if spoken in public. Connie does similar things, but is much more respectable and level headed.

There are times where Connie becomes the embodiment of pubescent anger, as does Maurice, but not nearly as often as Connie. The show could use more of Connie because with the smaller amount that she’s used and her going into that angry place more often, it tends to lean towards stereotypes of women just being vessels for anger when puberty hits. It never fully gets to that point, but it at least sort of nods towards it. My biggest hope for the show as it moves on is that we do get more of Connie and the female side of puberty. 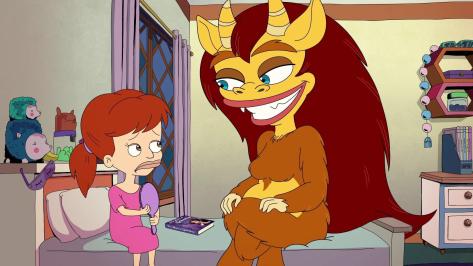 Overall, Big Mouth is much more than meets the eye. Yes, there are scenes where giant anthropomorphic dicks play basketball and Nick Kroll’s character of Nick goes to an insane ghost version of Duke Ellington (Jordan Peele) that lives in his attic for advice. But the show isn’t afraid to tackle the true horrors of this time of a person’s life. It’s not just about your body changing, it’s about your entire world changing, and not knowing what the right path is. You realize that your parents are human and messed up people. You question if you’re going to be sexually adequate with your partners. You wonder why people enjoy or are attracted to certain things – and no one has the answers. There’s no clear playbook. We just have to try moving forward, and hope that we don’t fuck it all up. And sometimes we do. But as they sing in the penultimate episode of Season 1, “life is a fucked up place.”

Season 1 and 2 of Big Mouth are currently streaming on Netflix. Keep an eye on Poor Man’s Spoiler for our review of Season 2. 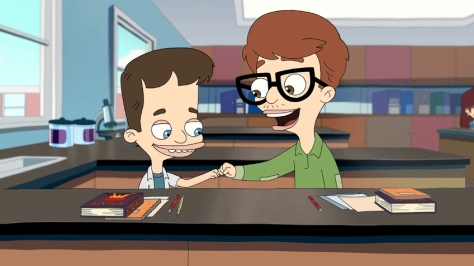