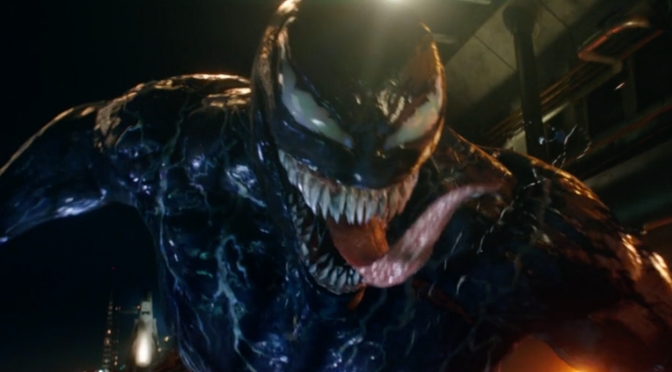 This past weekend Sony released Venom. The film, directed by Ruben Fleischer and written by Jeff Pinkner & Scott Rosenerg and Kelly Marcel, stars Tom Hardy as Eddie Brock, an investigative reporter who bonds with an alien symbiote and becomes a super powered anti-hero. This is Sony’s first attempt at releasing a film featuring the supporting characters of the Spider-Man universe, without the web-head himself. The success of this film will help determine the plans for a potential cinematic universe. The problem is, while the film had a great opening weekend, it’s hard to view it as anything more than something that had potential.

There are some things that Venom gets right. The action scenes are fun, and cool looking. Venom himself is everything fans have yearned for on screen. (Sorry Topher Grace.) There’s some really funny moments, although not all of those may have been intentional. Tom Hardy does a great job with the two sides of the main character. But none of that is enough to save the movie from feeling like a heavy handed, trope reliant mess.

Every single character in the film is essentially worthless if they aren’t Eddie Brock. They are there solely for whatever the film needs them to be there for. There’s no deeper motivation for anyone at all. The biggest disappointment of which are Carlton Drake, the big bad played by the phenomenally talented Riz Ahmed, and Anne Weying, Eddie’s (ex) fiance, played by Michelle Williams. Both characters do little more than recite dialogue that’s expected to be delivered by these types of characters in this type of story. 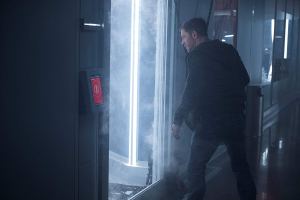 The infuriating part of Drake and Anne is that there are literally multiple times in the film where they could be redeemable. Times where they say a line of dialogue that makes sense, and works for what the films is trying to do. But then the character continues talking and goes into this moment of, “have we made sure it’s clear what type of character this is supposed to be.” Drake is Sony trying to make a villain similar to Jesse Eisenberg’s Lex Luthor from Batman v. Superman, but also trying to not be as annoying. And in that regard it works. He’s not annoying. But he is a walking exposition machine. 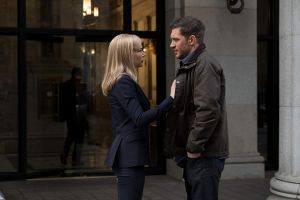 While the action scenes are kinda cool and fun, they’re also INCREDIBLY familiar. There’s not a single one that doesn’t feel like it’s a copy of an action scene from another superhero film. And most of the rest of the film feels that way too. Every action, every turn, every plot point, is this film’s version of the “required superhero film moments.” There’s nothing about the flow of the story that makes Venom unique. On top of that, the film doesn’t even see Eddie and the symbiote bond together until halfway through. And until it gets to that point, the film is just pieced together scenes of exposition, and annoying buildup. All of which feels useless because the film tries to redeem itself in the second half with action scenes and lots of Venom scenes, and an actual plot. But by then it’s not worth it.

There is a lot of potential in Venom. There’s a million little moments that could have worked better with the dialogue cut in half. The supporting characters could be redeemed if given a few more small moments to explain who they are and why they do what they do. If the exposition filled first half was cut in half, then the rest wouldn’t feel so rushed. There are some good moments in the film that make it entertaining. And Tom Hardy, again, nails Eddie Brock and Venom. There’s a lot of potential in the end for what a second film could be, especially after the mid credits scene. But as we see with this first film, the potential may be wasted entirely.

Venom is currently in theaters. 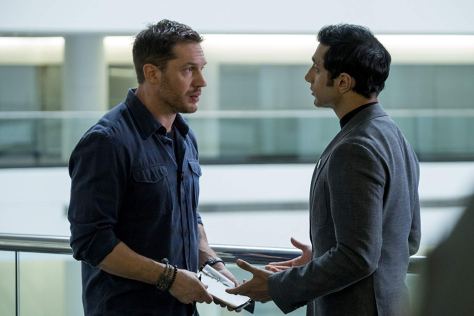 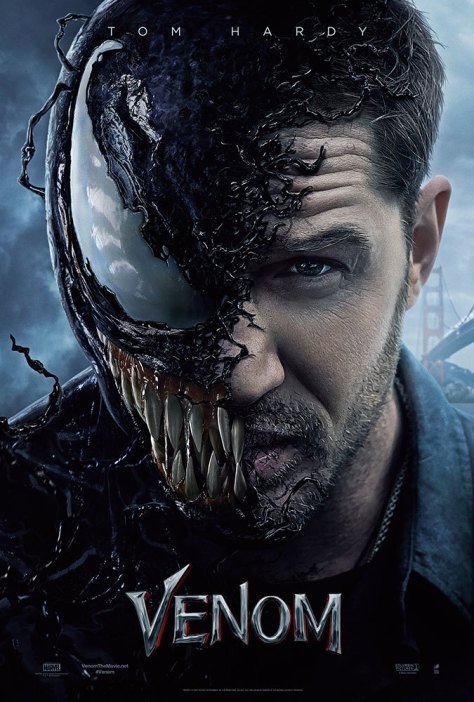 One thought on “Venom Review: A Messy Film Full of Potential”