In March of this year Lucasfilm and Disney announced that Director Jon Favreau (Iron Man) would be executive producing the first live-action Star Wars TV show. this week They’ve revealed the title of the show, The Mandalorian, details on the production, and the first photo from the series.

Most die-hard Star Wars fans know exactly what Mandalorian means, but if you’re not familiar with any of the extensive peripheral material for the Star Wars universe, it may not ring familiar. The Mandalorians are a human like race from the planet of Mandalore. The most well known Mandalorians in the Star Wars universe are Boba Fett and his father Jango. The new series takes place after the death of Boba Fett, in Return of the Jedi, and before the events of the new Star Wars Trilogy. Here’s the official press release from Lucasfilm:

After the stories of Jango and Boba Fett, another warrior emerges in the Star Wars universe. The Mandalorian is set after the fall of the Empire and before the emergence of the First Order. We follow the travails of a lone gunfighter in the outer reaches of the galaxy far from the authority of the New Republic.

Here’s the first photo for the series which shows the supposed title character of the series. 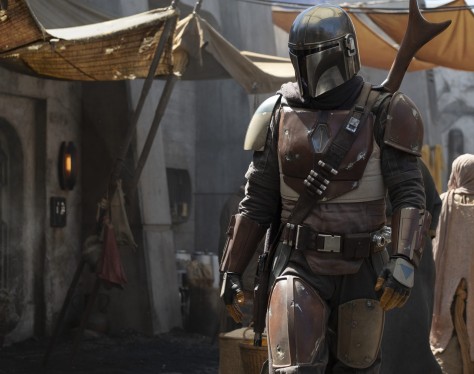 Favreau will be writing the series which will premiere on Disney’s forthcoming streaming service. There’s no official start date for the service, or release date for the series as of yet. Dave Filoni (Star Wars: The Clone Wars) will direct the first episode, with Deborah Chow (Jessica Jones), Rick Famuyiwa (Dope), Bryce Dallas Howard (Black Mirror), and Taika Waititi (Thor: Ragnarok) directing episodes throughout the season. There haven’t been any details released yet on the cast or how much the show may tie into the larger Star Wars universe, but we’re sure to get more details in the coming months.

Keep following Poor Man’s Spoiler for more updates on The Mandalorian, and the rest of the Star Wars universe.