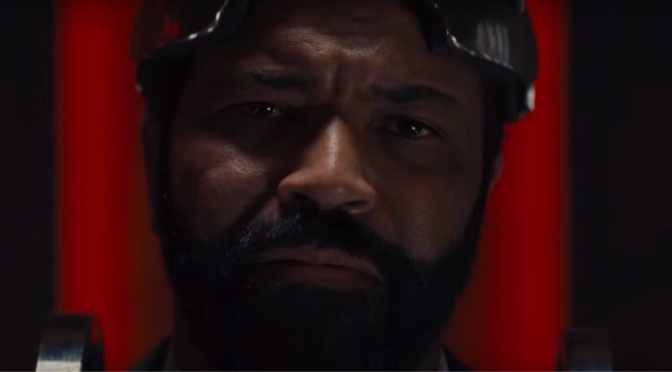 The hit HBO show Westworld is back for a second season. Each week we’re going to be walking through each new episode, and giving our thoughts on how thing played out. Fair warning we’re going to get into some spoiler territory here.

This episode helped fill in some of the gaps and truly move things forward with each character. It’s clear that the show is shifting into the endgame for the season. And as always, things are getting even more intriguing as we move forward.

Since Dolores changed Teddy and opened his mind a bit more, he’s had some drastic changes to his personality. This isn’t the kind hearted man we grew to love. He’s a merciless gun, willing to do whatever is necessary. And the problem is, that’s not the Teddy Dolores fell in love with. It’s interesting as the Hosts haven’t had to experience some of the true faults of humanity. Everything, even the bad things, play out as they’re supposed to. But having to understand that someone isn’t necessarily part of a story that’s been written, that someone can change in a way you may not want, is something incredibly human. And the reveal that Teddy winds up dead, truly dead (for now at least), may be tied to that.

The biggest takeaway with Maeve in this episode is the fact that despite her full power, she’s giving the hosts the ability to do as they please. Letting them live their own lives. True freedom. Dolores may be the one leading a revolution, but Maeve is the true savior here. It’ll be interesting to see how this continues moving forward, and if she becomes a leader of sorts moving forward. 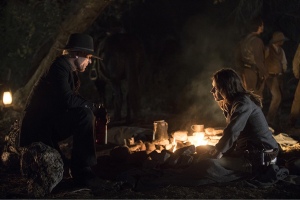 It’s hard to tell how things will move forward with William. When he promises Grace that he’ll leave, he clearly means it. But he’s a man too hard set in his ways, and after everything he’s been through it’s not surprising that he goes back on his word. That being said, I think the moment with her at the campfire was a glimpse into seeing the William that first came to the park. The truly good man that has been hardened and changed over time. He may become redeemable in the end. But he’s got a long way to go if it’s going to happen.

The other question is how hard Grace is willing to fight to try to save her father. And if she can’t save him, what will she do next? She came to the parks to look for something, something she hasn’t found yet. She may have told her father she wanted him to leave to save their relationship. But there’s also a chance that she could be trying to get him out of the picture, so she can uncover his secrets without his interfering.

This episode introduced us to the Cradle, the hub for where all of the Hosts’ backup information is stored. Essentially the core of the park. It’s also the place where Bernard brought a “pearl” created in the secret labs. One that we still don’t know who it belonged to. However given the reveal that Ford is in the Cradle, it’s safe to assume it was created to replicate him. What this means moving forward may be an even bigger mystery than what we’ve been faced with thus far this season.

Things are pushing forward quickly and it’ll be interesting to see how these different storylines continue to all come together as the season ends. The first few episodes of this season were heavily focused on answering some questions and creating new riddles for the audience. But these last few episodes have been focused much more on story and developing each character and their path. This has been an amazing ride so far and it’ll be interesting to see how the next few episodes play out.

Check back with us next time when we dive into the 7th episode of Westworld Season 2, “Les Ecorches.” And be sure to catch Westowrld each Sunday at 9pm on HBO. 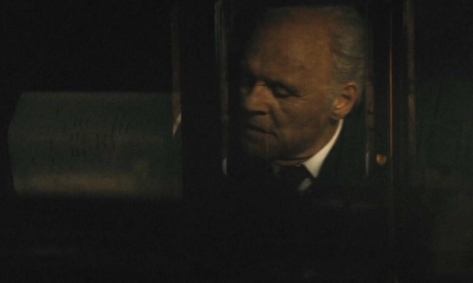