Last week Netflix released the second season of the highly controversial show 13 Reasons Why. The first season of the High School Drama faced some severe backlash for it’s brutally realistic portrayal of rape and suicide. Many viewed that a second season would potentially be in bad taste, but the streaming giant advised that they were going to continue on with the show. A warning video featuring the cast of the show is displayed at the start of the first episode of season 2. Multiple episodes begin with a warning card about the subject matter of the following episode. And at the end of each episode, there is information about a site created by Netflix for resources for those facing crisis’ brought up in the show.

These actions by Netflix are important and smart on their part. But I don’t know if it’s enough. People who are prone to depression and suicidal thoughts, and survivors or rape and sexual assault may not realize how emotionally impactful this show can be. And it has the potential to reignite or bring about destructive behavior. You can not look at these issues lightly. And it’s improper and ignorant to think that you can get away with displaying these issues in such a brutal way, and not create a potentially harmful impact. 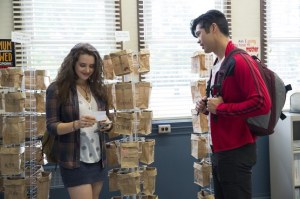 I’m not sure if Netflix should have ever made a season two. And there are elements of season two that I think are important, and maybe should have even been included in the first season. I’m also not sure that there should be a third season. As there are a lot of issues with some of the things they present in the second season. There is a moment at the end of the season that is just as brutal as the scene in the first season where they show Hannah’s suicide. It’s not easy to watch, it comes out of nowhere, and afterwards you’re probably going to need some time to collect yourself before continuing.

In some ways it feels like Netflix didn’t learn their lesson with the first season. Or that they believed that because similar things were presented in season one without as much backlash, that they could work with this. There’s also the possibility that they believed that the rest of the episode helps take away from it all. But if anything the following scenes hurt the show and Netflix more. They make sense for how the writers are wanting to tackle elements of High School life. But the way they go about presenting some very controversial subjects that have a deep emotional impact on it’s viewers isn’t done in the best way.

What truly doesn’t help any of this is the fact that the show’s target market is going to be high schoolers. Yes, there are plenty 20-30 years old’s who are out of that world and watching the show. But presenting all of this to a younger audience who may not know how to properly cope with these situations, is again improper and ignorant.

Moving past that and looking at the new season just as a piece of entertainment and such, this season is definitely better than the first season. A large part of that is likely due to the reaction of the first season. The second season focuses on two main storylines. The first is the lawsuit between Hannah’s parents and the school district, and the school’s lack of action when it comes to bullying at the high school. The second storyline focuses on Clay and the rest of the Hannah’s friends working to reveal to the world that Bryce is a rapist.

Throughout the season we’re shown the impact that Hannah’s suicide has had on her friends, her parents, the school, and the town. Nothing has really gotten better. Everyone is still hurting in some way. And most of this is never going to fully go away. This is something the first season touched on, and used a bit in telling it’s story. However, this season it feels much more prevalent. The first season felt so much more like the story of the types and everyone’s reaction to the tapes. This season is about trying to understand how to live in the world when these events have happened. How do you cope. How do you move forward with your life. What choices do you make. What lessons have you learned. 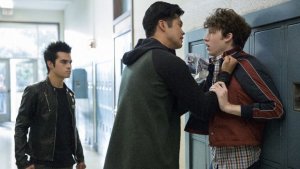 This season also gets more into truly developing the characters. The first season used them more so as tools for telling Hannah’s story. Barely showing who each character really was beyond what Hannah presented them as. This time around we get to learn more about each and every individual. Understanding more about them, their own struggles, and why things happened the way they did with Hannah. The court case helped with that significantly, and was a smart way of helping to continue this story.

There are a few mysteries this season. One of which deals with the use of polaroid pictures being left for Clay, with a message on each one. But the mystery around the polaroids is formatted very differently from the mysteries around the tapes in the first season. Stepping away from the mystery aspect is another point in the show’s favor. As the few mysteries that are presented are things that are based out of understandable questions in this situation.

Throughout the season Clay and the rest of the group are sent disturbing messages, threatening them not to reveal what all Bryce has done. It isn’t revealed until the end of the season who is threatening the kids, but this entire aspect of the season plays out exactly how you would expect it to. There’s no big surprise there. And the story behind the polaroids isn’t very surprising either. Going light on these mysteries definitely helps the season overall. It keeps you wanting more, and wanting to see how it all plays out. But it’s not overbearing on the storylines.

I’m not sure if there will be a third season of 13 Reasons Why. I don’t know if there should be a third season of the show. It may be nice to see one more season tying up loose ends, for those of us who have grown attached to the characters. Given that they have the ability to bring the main cast into their senior year and then have them finish High School looking forward in a positive way, I’d be open to watching that. But if they decide to simply give us one more season of ups and downs tied up with another devastating event that is difficult to watch, I don’t know that I want it to continue.

Telling these stories to show the reality of them, and to create a dialogue is a good thing at times. Being willing to dive into difficult topics, and present them to a wider audience is good. Showing that these things happen in real life without a filter is good. But using the difficult and disturbing reality of things like rape, suicide, drug use, other sexual assault as just a means of entertainment is not okay. Again, it’s improper and ignorant. Our emotional and physical turmoil is not for you to make money off of. And that’s what this is starting to feel like. If they want to do a third season, I hope they take the high road. Otherwise, I think we all will need to take a good look at what all Netflix is doing to make money…

If you are facing difficulty dealing with issues such as depression and suicidal thoughts or are trying to cope with any other difficult issues like the ones presented in this show, you can head to the website provided by Netflix 13reasonswhy.info or any of the other websites and phone numbers listed below. Remember that there is more to this life than what you may currently be facing. That we have the ability to do so much in this world and in this life. Things may not always be perfect. Some things you may never be able to get past. But there are wonderful things that can happen to you without warning. Things that make your life better in ways you never could imagine right now. If you need help, seek it out, ask for it from anyone and everyone that will listen. No matter who you are, we love you, and we want to see you succeed.