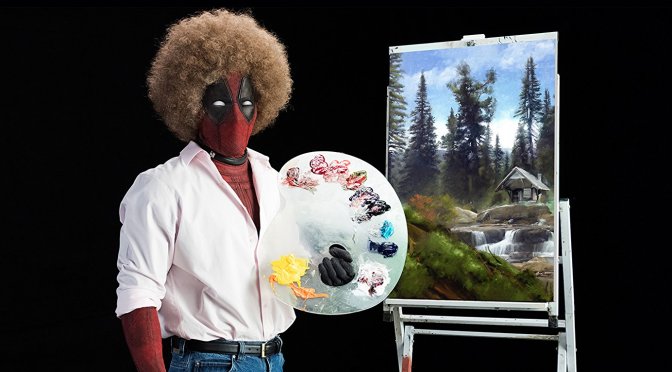 Deadpool 2 is officially in theaters and it is quite possibly everything we ever dreamed of and more. We already gave you our spoiler-free review, which you can read here. But today we’re going to really get into the film and give you our full spoiler review. If you have not yet seen the film and want to stay away from spoilers, I highly recommend you don’t go any further. And honestly, you should go into the film with as little spoiled as possible.

First off, this film is fucking great. It’s hilarious, filled with action, it’s got heart, it has everything. Almost everything in the film is used as a punchline for a joke. Especially the cameos. Even the soundtrack is just perfect. The songs used, the score, the chorus mixed into the score. And the credits scene- I don’t think I’ve ever seen a credits scene that works so perfectly, and is just insanely hilarious.

Cable is phenomenal. Every bit of him is just perfect. Josh Brolin completely delivers in every single scene. He balances this hard kick ass guy, and the emotional wreck searching for a solution perfectly. There are times where just the look in his eyes, creates this moment where you see him struggling with all of it. I thought Brolin did a great job with Thanos, but man, does he really bring his A game with Cable. And I have to say, the CGI they did on his “Winter Soldier Arm,” is phenomenal. I never once remembered that the arm wasn’t prosthetics or something like that. Everything about Cable just truly works beautifully.

Domino is amazing. She kicks ass. She completely stands on her own against Deadpool’s quips. Her powers are amazing, and are displayed perfectly, something I really wasn’t sure of going into the film. She steals every scene she’s in, and that is completely thanks to Zazie Beetz. Her work on Atlanta has rightfully helped her gain recognition, and probably helped her get this role. But I think she is going to quickly become a household name after this film.

I hate that the full X-Force team won’t be around for more films. More than anything Terry Crews, because I have been waiting for years for him to play a Superhero. But I will say, the fact that there is all this build up for the team and they just destroy them all immediately, is so perfect, and works so well for these films. It’s one of my favorite aspects of the film, and just makes me love it even more. Hell, even the marketing for the film touted this as a build up for an X-Force film, and while it sort of is in the end, it’s not at all in the way we expect.

Going back to the cameos, the fact that they got Brad Pitt to play The Vanisher is just amazing, and I love it so much. I had a feeling that there would be a person after all who was Vanisher, but I never in a million years would have thought it would be someone like Brad Pitt. The X-Men cameo was also the best possible use of those characters, and was so damn hilarious as well. The idea of all the X-Men constantly hiding whenever Deadpool shows up to talk to Colossus is something I never would have thought of, and is again so perfect.

The emotional arc for Deadpool was surprising and works exceptionally well. I never would have guessed that they would kill off Vanessa at the start of the film, but it’s a great idea to help give him something to really push him forward. The writers of the film, Rhett Reese and Paul Wernick have said repeatedly that Deadpool works best when he’s lost everything. And that’s completely true. He’s a murderous ass-hole that frequently breaks the fourth wall. There’s plenty of times where he could be incredibly difficult to relate to, but the things he’s put through in these films, makes him relatable. The pain he deals with is always something that everyone can understand, and it’s what helps tie it all together.

The use of the Juggernaut is something that I honestly was surprised about, and was incredibly happy with how it turned out. The character was previously seen in X-Men: The Last Stand, which had plenty of issues, and that version of the character was a very poor representation of who he is. Everything about the way they use the character in this film works perfectly, and the fact that the film makes reference to him being Professor X’s brother, is fantastic. I’m also incredibly happy that he was completely CGI, which I honestly didn’t realize at times. But that is definitely the best way to properly portray the character.

I mentioned in the spoiler-free review that quite possibly the only downside to the film is the fact that the CGI isn’t always the best. Which is true. There are times, usually within the fight scenes, and a few moments random moments with Colossus, where the CGI dips a bit. And it’s rough because there’s so many aspects of the film that rely heavily on CGI, and it’s done beautifully. I think the fact that you have these moments where the film looks so perfect, the occasional rare dip in quality stands out.

I’m very interested in seeing where they take the character, and the supporting cast from here. The next time we see Deadpool will likely be in an actual X-Force film. Based on the way Deadpool 2 ends, I’d be willing to bet that the team we see at the end of the film, will be the X-Force lineup in their actual team-up film. Deadpool, Domino, Cable, Colossus, Negasonic Teenage Warhead, Yukio, and probably Peter. It’ll be interesting to see how they play things out after the “post credits scene,” as Reese and Wernick have confirmed that the scene is canon. By saving Vanessa it means there’s no reason for him to go through all of that. But he still puts X-Force together and saves Peter from being killed, so we’ll see how that changes things.

I could go on and on about every little aspect of this film for hours. It is honestly such a perfectly crafted film in every way possible. And I never would have expected that from a Deadpool film. It even fits the Golden Rule of Sequels. A perfect sequel is a film that can stand completely on its own without knowledge of the previous film, but also builds upon every single thing that the first film created. Deadpool 2 does that again and again and again. Deadpool 2 is a nearly perfect film. We love it and we undeniably give it a 9.5/10.