Leading up to the release of Marvel’s Avengers: Infinity War, we’re taking a look back at every element of the MCU thus far. This film is the culmination of everything that began with the first Iron Man film in 2008, and so we want to prepare you for what may be the biggest film of all time. We’ll dive into all 18 films released thus far, each of the TV series that are considered part of the MCU, and a selection of other shorts and comics considered canon within the MCU. As part of our Countdown To Infinity Series We’ll also be looking at the full MCU timeline. We start today with a look at the history of the MCU far before the events of Phase One, from 13,800,000,000 B.C. to 1899 A.D.!

While Iron Man was the first film in the MCU, and Captain America: The First Avenger gave us a look at some of the events before Tony Stark became Iron Man, there’s plenty of things that happened before all that. From the creations of the Infinity Stones to the war between the Kree and Nova Empires, the MCU has always been a rather busy place.

At the beginning of the Universe, four entities (Death, Entropy, Infinity and Eternity), created the Infinity Stones. Six singularities that represent different aspects of the Universe. Space, Time, Power, Reality, Mind, and Soul.

After being consumed by the power of the Power Stone, the Celestials (an ancient and powerful race of beings that can manipulate matter and energy), hide the power stone in the Temple Vault on Morag.

Ego is born, after achieving consciousness he begins to create layers around his brain and becomes a living planet.

A Meteorite, made of the metal Vibranium, strikes the Earth on what would eventually become Africa. The area’s plant life is affected by it, giving it strength and power unlike anything on Earth. 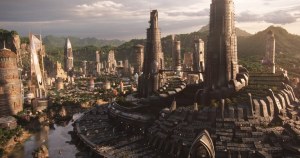 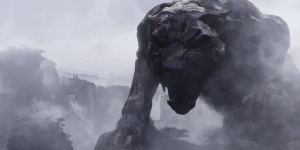 Amidst war between the five tribes of Wakanda, a warrior shaman named Bashenga, is led by the panther goddess Bast to find the Heart-Shaped Herb that would give him the powers to become the first Black Panther.

Agamotto established the Masters of the Mystic Arts, a group of magic practitioners, who help protect the world from dimensional evils.

A rogue fraction of the alien race known as the Kree, work to biologically manipulate sentient life forms, to use as weapons. They come to earth and expose humans to the Terrigen Mist, which in turn gives Humans super powers and unique abilities. These humans become known as Inhumans.

A powerful Inhuman known as Hive, is banished to the planet of Maveth. His human followers organize a society that would eventually become Hydra.

A young Odin defeats Surtur, the Fire Demon in battle. Surtur spends the next 5,500 years or so recovering on the planet Muspelheim. 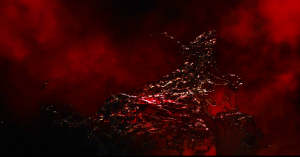 Convergence occurs, causing gravitational anomalies. During which the Dark Elves, led by Malekith, use the Aether (the Reality Infinity Stone) to attempt to destroy the Nine Realms. They’re defeated by Bor, Odin’s father, and Malekith kills most of his men and places the rest of his army in a sleep which lasts until the next Convergence.

Bor, the current king of Asgard and father of Odin, hides the Aether in the deepest depths of Asgard to keep it safe.

After spending 20 years working with his first born Daughter, Hela, to build up the empire of Asgard with a forceful rule, Odin realizes that peace is the key to unity. Hela argues against this and after attempting to take the throne of Asgard, she is imprisoned in the realm known as Hel.

The Elders of K’un-Lun, a mystical land on another dimensional plane of existence, work to harness Chi for medical purposes. When 5 of the Elders attempt to use the powers of Chi to gain immortality, they are banished from K’un-Lun and form an evil group known as The Hand.

Hela attempts to escape from Hel, in response, Odin sends the female warriors known as the Valkyries to stop her. Hela kills all but one of the Valkyries, Brunnhilde. Odin intervenes in the battle and stops Hela. When the battle is over Brunnhilde abandons Asgard. Heading to the junk planet of Sakaar, where she spends the rest of her days drinking and salvaging.

Thor Odinson is born to Odin and Frigga. He is claimed as Odin’s first born, with Hela’s existence being wiped from the records.

The Frost Giants of Jotunheim attack the town of Tønsberg, Norway, thus beginning a war with the Asgardians.

The Asgardians defeat the Frost Giant army in Tønsberg and force them back to Jotunheim, the people of Norway praise the Asgardians as Gods.

The Asgardians battle the Frost Giants in Jotunheim. During the battle, Odin loses his right eye, and discovers King Laufey’s abandoned son. Odin adopts the child, naming him Loki, and raising him as his own.

Odin negotiates a truce with King Laufey, helping to bring peace to the Nine Realms. The Casket of Ancient Winters is placed within Odin’s Vault on Asgard.

The alien races of the Kree and Nova Empires begin a nearly thousand year war.

An Asgardian woman named Lorelei uses her powers of manipulation to terrorize the Nine Realms. She is defeated by the Asgardian warrior Lady Sif.

At this point we’ve seen Asgard rise and bring peace to the 9 realms. Three Infinity Stones locked away for safe keeping. And the Birth of the nation of Wakanda, and with it the Birth of the Black Panther. There’s much more ahead for the MCU, as we enter the 1900’s. Keep Following Poor Man’s Spoiler for all of our Countdown to Infinity! 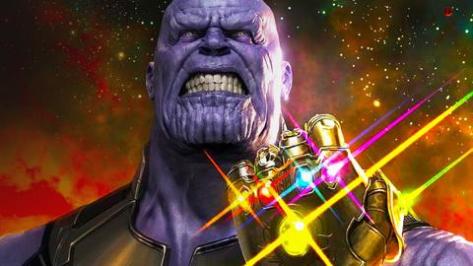 11 thoughts on “Countdown to Infinity: MCU Timeline Pt. 1 – The Birth of the MCU”