I’ve always been a fan of the DC Comics characters. Batman has always been my favorite superhero. Although there was a period when I was a small kid where Flash took that title. But I’ve done my best to consume every version of the Justice League wherever available. Comics. Animated Series. Games. Straight to video films. So the prospect of a Justice League live action film is something I’ve yearned for my entire life. After seeing the film, I have to say I’m much more satisfied than I expected to be going into the theatre. 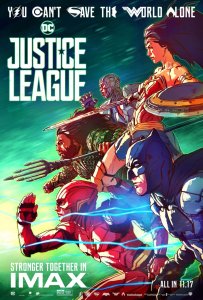 The DC film series got off to a rough start. Man of Steel was good, in my opinion.And even those that didn’t like it will admit that it had some good elements. Batman vs Superman had a lot of issues. Suicide Squad was an even bigger mess at times. But DC began turning things around with Wonder Woman. A movie that wasn’t just a great superhero film, but one of the best films this year. That’s not to say it doesn’t have some flaws, but it’s still a fantastic film. Justice League leans more towards Wonder Woman or Man of Steel than BvS or Suicide Squad. And while most critics seem to be bashing the film, I think they’re too caught up on comparing the film to the previous DC films.

Justice League isn’t a perfect film. And it’s not the best superhero film every made. But it’s a good film. The main thing here is to tell a story about how these heroes come together to form the Justice League. They each have a sort of small character arc during that, but the most important thing is that they find a way to come together and defeat a greater threat. And they do. It takes some time. But they do it, because they know that despite what fear or doubts they may have, there’s something bigger and more important at risk. There’s more to be had for each character, there’s more to dive into. And maybe it could have been done with another half hour to forty five minutes of film. But it’s not necessary. There’s enough here to establish who these characters are and leave us wanting more. Not needing more, just wanting more. And there’s nothing wrong with that.

There’s also been a lot of talk about Steppenwolf being a weak villain. And there are some good points to that argument. But he’s enough for now. All he has to be is an unstoppable force that would need to be brought down by the Justice League in order to be acceptable. And he does that. There’s not many layers to him. He’s not charismatic like Loki. But he works. And in all honesty there is some more to it than most people have been giving him credit for, but it’s subtle and it’s built within a few pieces of dialogue. I won’t go into it here but overall I think he’s more than enough. And in some ways you could compare him to Loki in Avengers, if you don’t account for what’s known about Loki from the first Thor film. Again, not as much charisma and such, but he’s a big bad with a disposable army, fighting to destroy the world and take it for his own. 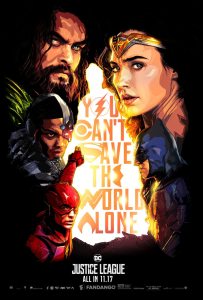 Overall, the film may have benefitted from maybe another half hour or so. Just to add a little more to the character arcs, and maybe a bit more to Steppenwolf’s backstory and such. But it still all works for now. There’s a lot more lighthearted moments than most of the previous DC films. Ezra Miller does an amazing job as the Flash, and I can’t wait to see him in his own film. Gal Gadot is great as always as Wonder Woman. Ray Fisher does a fantastic as Cyborg, and I hope he does get his own solo film. Jason Momoa is perfect for Aquaman and I can’t wait to see his solo venture next year. Affleck does a good job with this version of Batman, although I think he played the role better in BvS. But most importantly, Cavill shines as Superman. This is the Superman that everyone has wanted to see him as, and he pulls it off perfectly. He’s full of hope. He’s full of everything we want Superman to be. It’s fantastic.

If asked I would probably give Justice league 4/5 stars. It’s a fun film that sets up this group of heroes we’ve all grown up with. And it leaves you wanting more. And that’s not a bad thing. Also the post credit scene (the second one at the very end) helps with that big time. And makes me happier than I could put into words. There’s some nice nods to the wider DC Universe. There’s some great jokes and hilarious moments. And we get to see the entire Justice League fighting together. And in the end, after ten years of Marvel films, and 57 years of waiting to see this team together on the big screen, isn’t that enough for now? 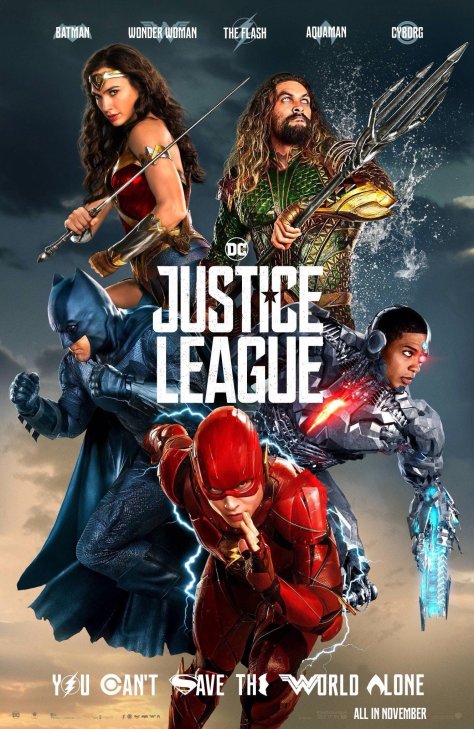