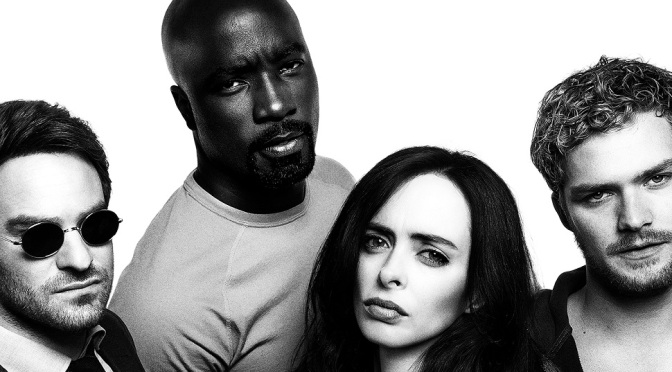 In the fall of 2013 it was announced that Marvel was working on creating TV series for Daredevil, Jessica Jones, Iron Fist and Luke Cage. The plan being for them to all then group together in a separate team up series The Defenders. Netflix picked up the project, starting with Season 1 of Daredevil. Since then the properties have become huge Hits for Netflix and Marvel and have led to a second season for Daredevil, with a third on the way, second seasons of Jessica Jones and Luke Cage currently in production, a Punisher spinoff coming late this year and the group series Defenders hitting Netflix this August.

Netflix held a panel for the Marvel shows at this year’s San Diego Comic Con, hosted by 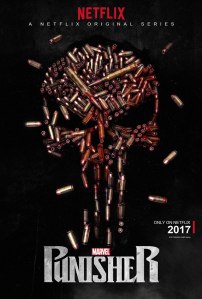 Marvel head of Television Jeph Loeb. The panel began with Loeb bringing out the Punisher himself Joe Berenthal who introduced the first footage from the upcoming series. The footage began with Punisher playing the guitar with his now deceased son, going back-and-forth between him playing alone and the flashback, until the song was done. Footage then moved onto shots of Punisher hunting down different members of the drug cartel that caused the death of his family. The clip that stood out the most showed Punisher behind a sniper rifle watching a criminal in his home, having a good time, surrounded by women. Punisher sets his sites on the criminal and pulls the trigger on the gun. There’s an extended moment at which point we get a shot of the criminal himself still partying it up for what seems like a very long amount of time. Suddenly his head explodes from the gunshot and the camera pulls back further and further and further to reveal that the criminal was in Mexico and Punisher was miles away on the other side of the border in Texas.

The panel then continued, bringing out the entire cast of The Defenders, Charlie Cox (Daredevil), Kristen Ritter (Jessica Jones), Mike Coulter (Luke Cage) and Fin Jones (Iron Fist) as well as Sigourney Weaver who is set to portray the mysterious villain Alexandra, Elodie Young (Elektra), Debra Ann Woll (Karen Page), Jessica Henwick (Colleen Wing) and Showrunner Marco Ramirez. Loeb then announced for the first time that Iron Fist would be getting a season 2.

The Panel truly began with Henwick talking about playing her character in Defenders. 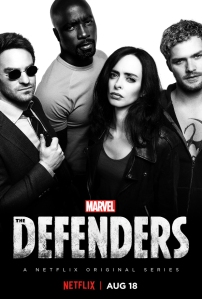 Stating that her character is still trying to piece everything together after essentially losing everything in her life and having all of the revelations presented to her at the end of Iron Fist’s first season. Will talked about her schedule being insane due to filming both Punisher and Defenders at the same time. Admitting that she talked with Roasario Dawson (who has appeared in every one of the Netflix series’), asking her how she did it. Young wasn’t able to say much about her character, but stated that she is being used as a sort of weapon in the Defenders and the question is how much of her is the weapon and how much is the character we know and love. Loeb asked Weaver what it was like to be part of this cast, and she stated that the first time she met everyone was at last fall’s New York Comic Con. She also explained that she was a huge fan of Daredevil and Jessica Jones before taking the role, that as a New Yorker, she loved how New York was sort of a fifth Defender in the series and that she loved all the work she got to do with Young.

Jones explained that he feels as if Danny’s full introductory arch is continued through Defenders and that his character is still growing past where things ended in Iron Fist’s first season. Colter said that he loved getting to work with Jones as their characters connected. And also enjoyed reuniting with Ritter who helped introduce his character in her first season. Ritter explained that while Jessica isn’t keen on joining the team, she knows that they need her because of everything she brings to the table. She also commented on how her character is sort of the comedienne among them, making fun of her team mates, including jokes about Daredevil’s costume. Loeb asked Cox what it was like to be the first one to jump in and if he ever thought it would get to this point. To which Cox joked about signing a contract when he first took the role. He went on to say that he’s enjoyed it and that it’s great to be at Hall H because they’ve usually just been able to do the New York Comic Con.

Netflix has also released a new full trailer for the show which you can watch below. The Defenders hits Netflix on August 18th. 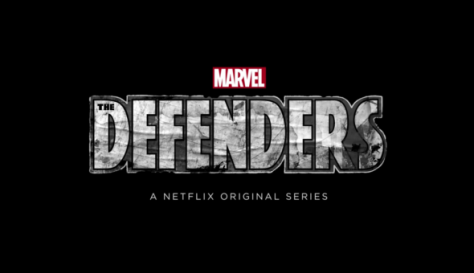