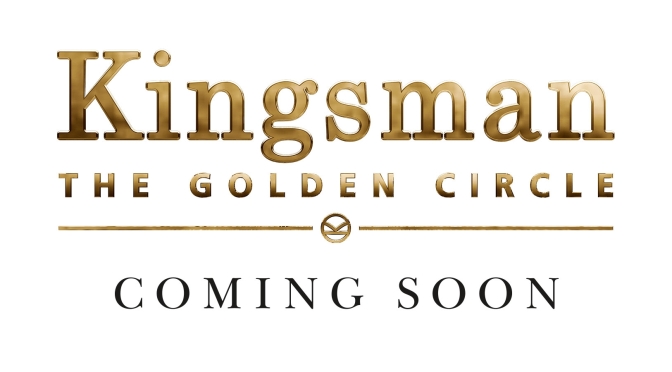 Ahead of today’s San Diego Comic Con Panel, 20th Century Fox has dropped a new trailer for Kingsman The Golden Circle. The Upcoming sequel brings back stars Taron Egerton, Mark Strong, Sophie Cookson, Colin Firth (somehow?!) and introduces Channing Tatum, Jeff Bridges, Halle Berry, Julianne Moore and Game of Thrones’ Pedro Pascal. And let me say, if you enjoyed the first film, which was a balls to the wall, at times hyper-violent, comedy-action film, this trailer gives high hopes for the sequel.

The biggest standout here in my opinion is Pedro Pascal. Pascal, played the much loved character of Oberyn Martell on HBO’s Game of Thrones, and from the looks of it is going to be thrust into even more fame after this film. His work with his lasso, seems like the equivalent as Colin Firth’s awesome fight choreography with his umbrella in the first film. Speaking of which, after (spoiler alert) Firth’s death in the first film, it was a surprise to everyone that he would be brought back in any major capacity for the second. That being said, it’s good to see him back in action for the second film. Part of what made the original film so fantastic was his calm, collectedness in the midst of the insanity of this world. It’ll also be nice to seem him and Edgerton play off each other as sort of equals this time and expand on the relationship previously established.

As for the rest of the cast, Channing Tatum, Jeff Bridges and Halle Berry all seem to be members of the US equivalent of the Kingsman, the Statesman (alongside Pascal). With Jeff Bridges taking over the leader role that Michael Caine held in the first film, Tatum seemingly being the experienced agent like Firth, and Berry’s costume seems rather similar to Strong’s as a sort of weapons and resource expert. Julianne Moore is introduced in her villainous role with a foreboding monologue as the Kingsman appear to be wiped out one by one. Here’s hoping that her villain can be just as fun as Samuel L. Jackson’s rather eccentric Valentine was in the first film.

One of the best parts of this trailer is that it doesn’t give away much. We don’t really know Morre’s characters full game plan. Or why, beyond the fact that Moore is killing of Kingsman agents, the Kingsman team must join with the Statesman agents. On top of that the trailer most focuses on four or so action pieces, which probably will only be the start of the action and insanity in the film. The only downside to this trailer is the fact that Sophie Cookson doesn’t seem to appear in it at all. She was a great addition to the first film, and I was hoping, when the sequel was announced, that it would feature her and Edgerton in the leads with some good banter and possible sexual tension. Something similar to the James Bond films and his “Bond Girls” or Austin Powers and his ladies, but with a more equal footing. I have a strong suspicion though that she may be killed with the other members of Kingsman at the beginning of the film, but we’ll see.

The really interesting thing here is that Fox hasn’t held the Panel yet for Kingsman at SDCC, my guess is that they’ll show this trailer along with another minute or so of sizzle reel beforehand. But either way the fact that Fox has already dropped the footage they will probably be showing at Comic Con, gives high hopes for what else might drop over the weekend. WB decided after the major leaks of Suicide and Batman V Superman footage to start releasing their footage online after each panel, sometimes with a few bits edited out. And if Fox is following a similar pattern, who else might follow suit? Could Marvel release some of their footage on Saturday? We’ll see. Either way keep an eye out for our coverage of the Kingsman The Golden Circle SDCC panel later today, and overall coverage of the film itself as we get closer to it’s September 22nd release date. 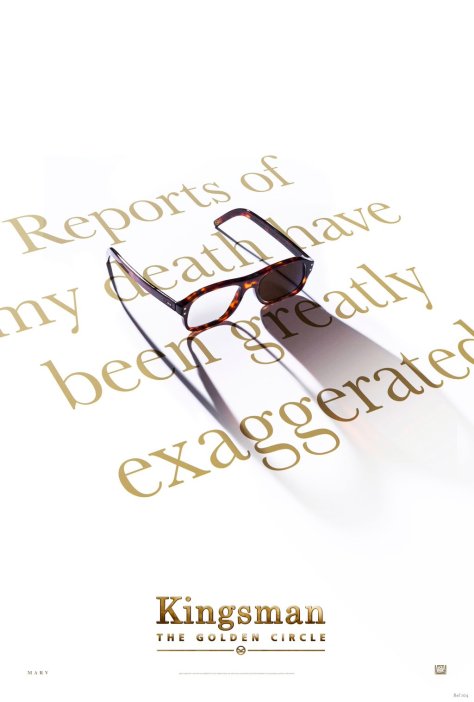 One thought on “Trailer Drop: Kingsman The Golden Circle”